This seems appropriate. I’ll be in San Diego (well, actually Carlsbad) from tomorrow morning until Sunday. So I probably won’t have any new posts until next week 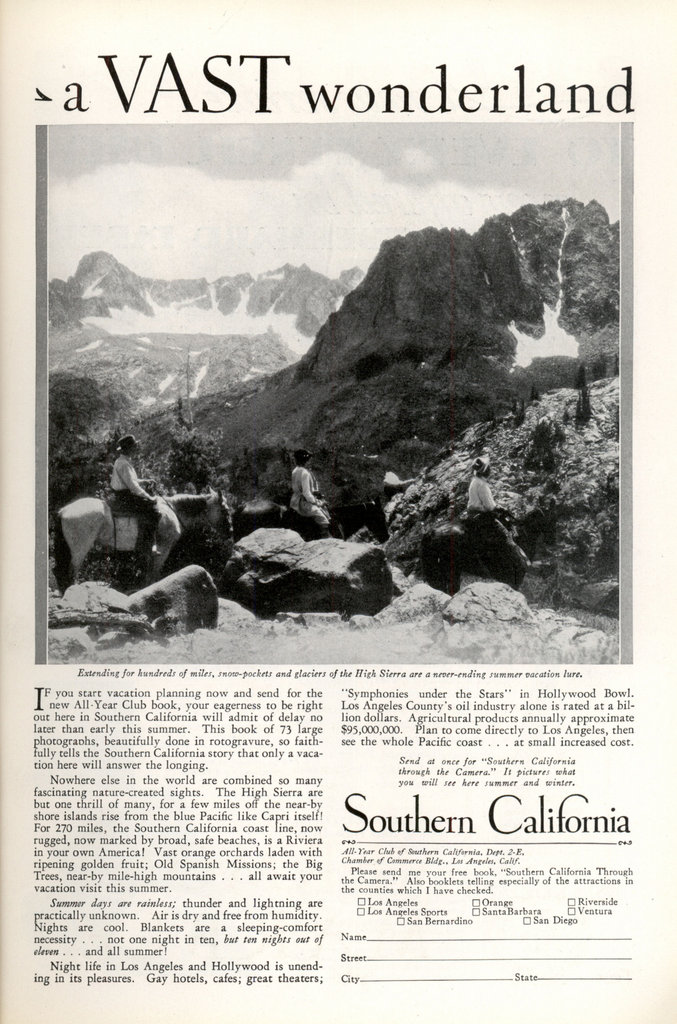 IF you start vacation planning now and send for the new All-Year Club book, your eagerness to be right out here in Southern California will admit of delay no later than early this summer. This book of 73 large photographs, beautifully done in rotogravure, so faithfully tells the Southern California story that only a vacation here will answer the longing.

Nowhere else in the world are combined so many fascinating nature-created sights. The High Sierra are but one thrill of many, for a few miles off the near-by shore islands rise from the blue Pacific like Capri itself! For 270 miles, the Southern California coast line, now rugged, now marked by broad, safe beaches, is a Riviera in your own America! Vast orange orchards laden with ripening golden fruit; Old Spanish Missions; the Big Trees, near-by mile-high mountains … all await your vacation visit this summer.

Summer days are rainless; thunder and lightning are practically unknown. Air is dry and free from humidity. Nights are cool. Blankets are a sleeping-comfort necessity . . . not one night in ten, but ten nights out of eleven . . . and all summer!