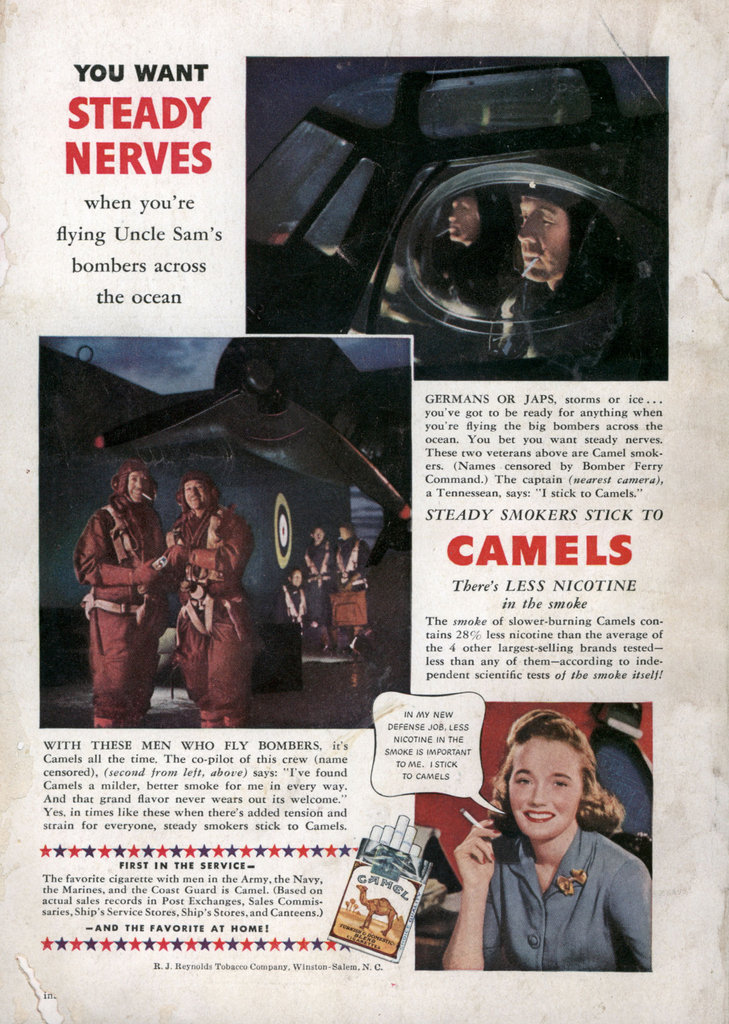 GERMANS OR JAPS, storms or ice… you’ve got to be ready for anything when you’re flying the big bombers across the ocean. You bet you want steady nerves. These two veterans above are Camel smokers. (Names censored by Bomber Ferry Command.) The captain (nearest camera), a Tennessean, says: “I stick to Camels.”

The smoke of slower-burning Camels contains 28% less nicotine than the average of the 4 other largest-selling brands testedâ€” less than any of themâ€”according to independent scientific tests of the smoke itself!

WITH THESE MEN WHO FLY BOMBERS, its Camels all the time. The co-pilot of this crew (name censored), (second from left, above) says: “I’ve found Camels a milder, better smoke for me in every way. And that grand flavor never wears out its welcome.” Yes. in times like these when there’s added tension and strain for everyone, steady smokers stick to Camels.

FIRST IN THE SERVICE-

The favorite cigarette with men in the Army, the Navy, the Marines, and the Coast Guard is Camel. (Based on actual sales records in Post Exchanges, Sales Commissaries, Ship’s Service Stores, Ship’s Stores, and Canteens.)

-AND THE FAVORITE AT HOME!