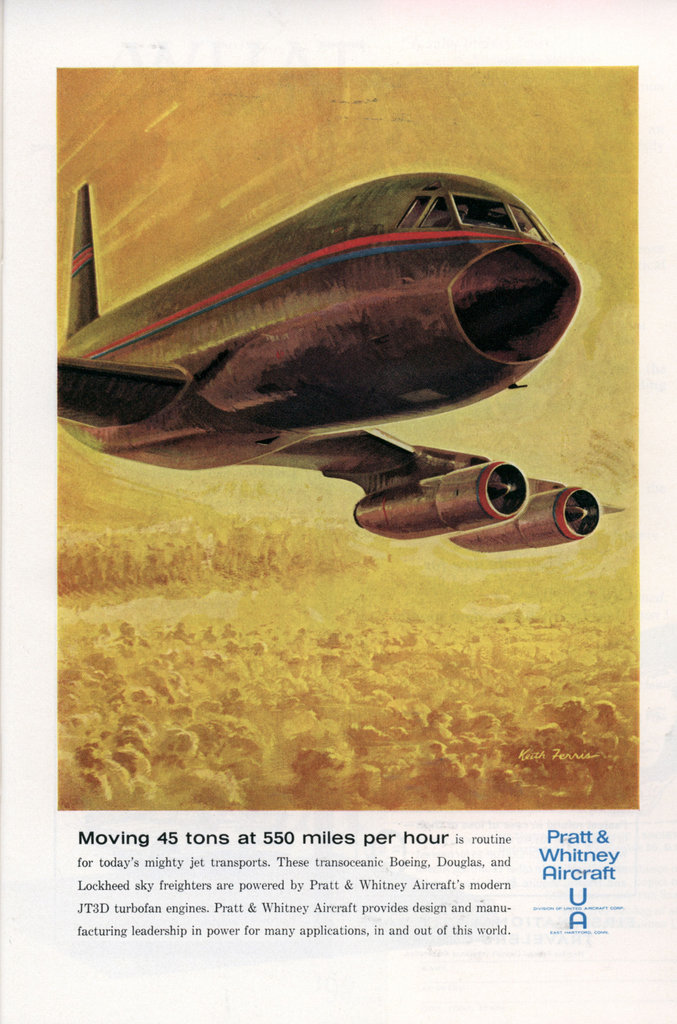 Moving 45 tons at 550 miles per hour is routine
for today’s mighty jet transports. These transoceanic Boeing, Douglas, and Lockheed sky freighters are powered by Pratt & Whitney Aircraft’s modern JT3D turbofan engines. Pratt & Whitney Aircraft provides design and manufacturing leadership in power for many applications, in and out of this world.