This system also flew during tests with the Convair B-36 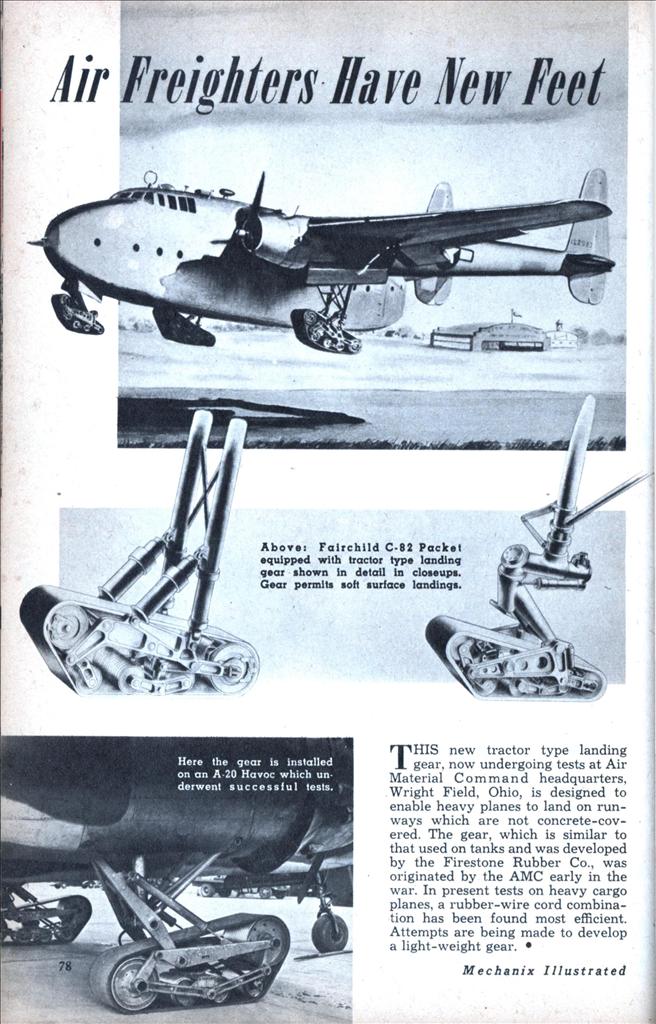 THIS new tractor type landing gear, now undergoing tests at Air Material Command headquarters, Wright Field, Ohio, is designed to enable heavy planes to land on runways which are not concrete-covered. The gear, which is similar to that used on tanks and was developed by the Firestone Rubber Co., was originated by the AMC early in the war. In present tests on heavy cargo planes, a rubber-wire cord combination has been found most efficient. Attempts are being made to develop a light-weight gear.