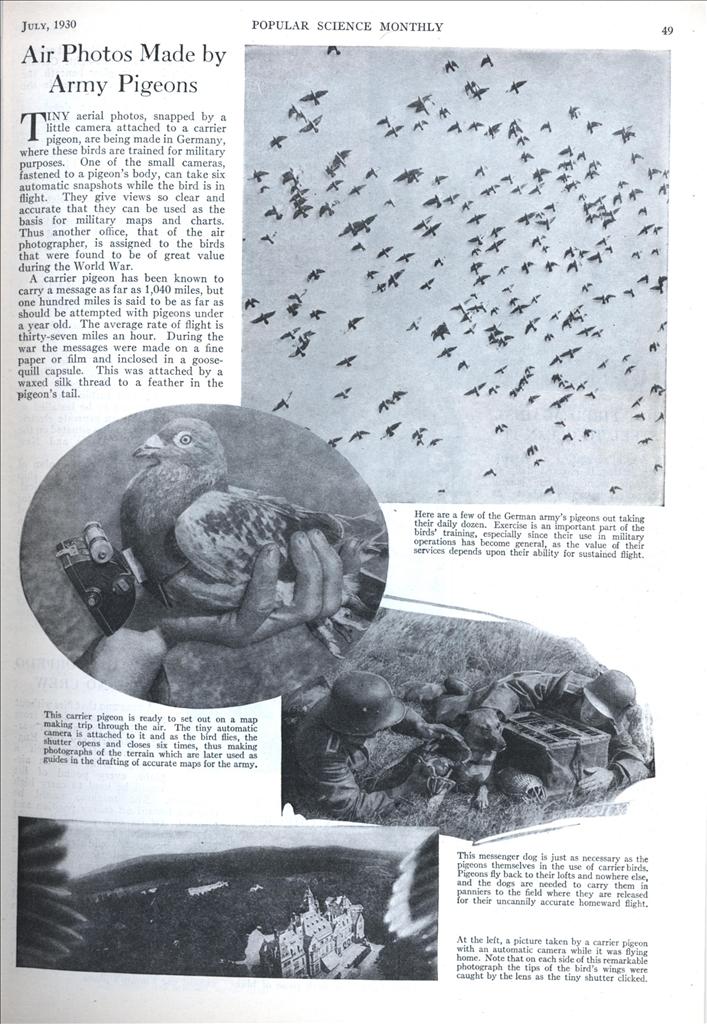 Air Photos Made by Army Pigeons

TINY aerial photos, snapped by a little camera attached to a carrier pigeon, are being made in Germany, where these birds are trained for military purposes. One of the small cameras, fastened to a pigeon’s body, can take six automatic snapshots while the bird is in flight. They give views so clear and accurate that they can be used as the basis for military maps and charts. Thus another office, that of the air photographer, is assigned to the birds that were found to be of great value during the World War.

A carrier pigeon has been known to carry a message as far as 1,040 miles, but one hundred miles is said to be as far as should be attempted with pigeons under a year old. The average rate of flight is thirty-seven miles an hour. During the war the messages were made on a fine paper or film and inclosed in a goose-quill capsule. This was attached by a waxed silk thread to a feather in the pigeon’s tail.