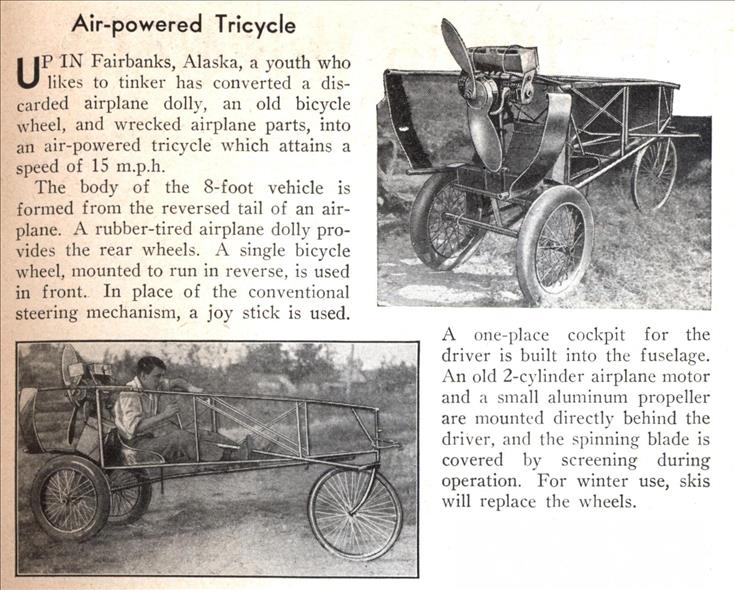 UP IN Fairbanks, Alaska, a youth who likes to tinker has converted a discarded airplane dolly, an old bicycle wheel, and wrecked airplane parts, into an air-powered tricycle which attains a speed of 15 m.p.h.

The body of the 8-foot vehicle is formed from the reversed tail of an airplane. A rubber-tired airplane dolly provides the rear wheels. A single bicycle wheel, mounted to run in reverse, is used in front. In place of the conventional steering mechanism, a joy stick is used.

A one-place cockpit for the driver is built into the fuselage. An old 2-cylinder airplane motor and a small aluminum propeller are mounted directly behind the driver, and the spinning blade is covered by screening during operation. For winter use, skis will replace the wheels.