This is one of the coolest things I’ve ever seen. Beaver paratroopers! 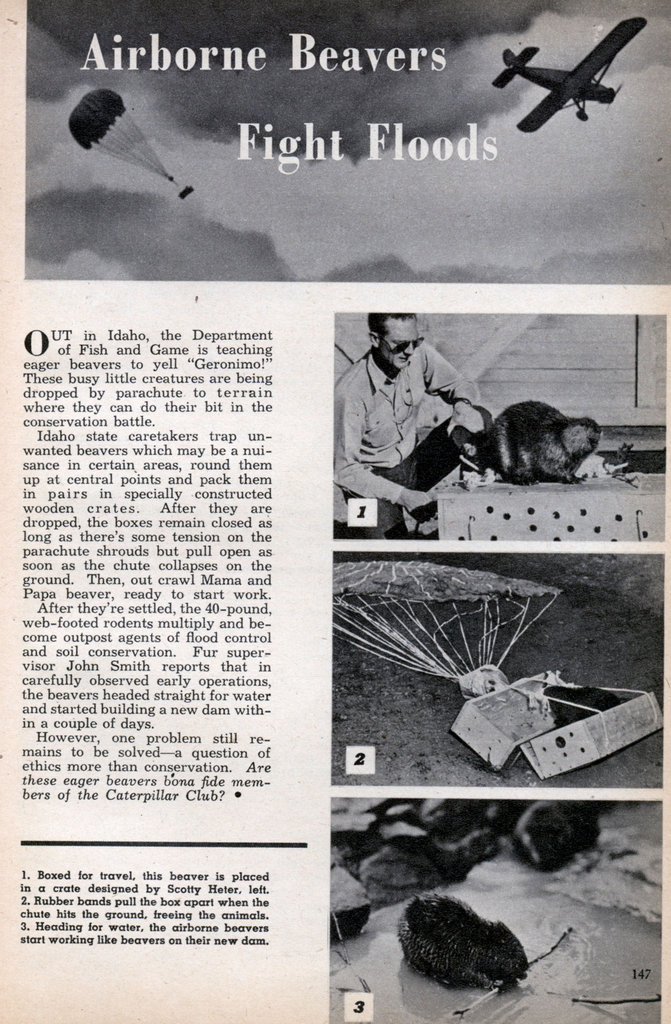 Airborne Beavers Fight Floods
OUT in Idaho, the Department of Fish and Game is teaching eager beavers to yell “Geronimo!” These busy little creatures are being dropped by parachute to terrain where they can do their bit in the conservation battle.
Idaho state caretakers trap unwanted beavers which may be a nuisance in certain areas, round them up at central points and pack them in pairs in specially constructed wooden crates. After they are dropped, the boxes remain closed as long as there’s some tension on the parachute shrouds but pull open as soon as the chute collapses on the ground. Then, out crawl Mama and Papa beaver, ready to start work.
After they’re settled, the 40-pound, web-footed rodents multiply and become outpost agents of flood control and soil conservation. Fur supervisor John Smith reports that in carefully observed early operations,
the beavers headed straight for water and started building a new dam within a couple of days.
However, one problem still remains to be solvedâ€”a question of ethics more than conservation. Are these eager beavers bona fide members of the Caterpillar Club?