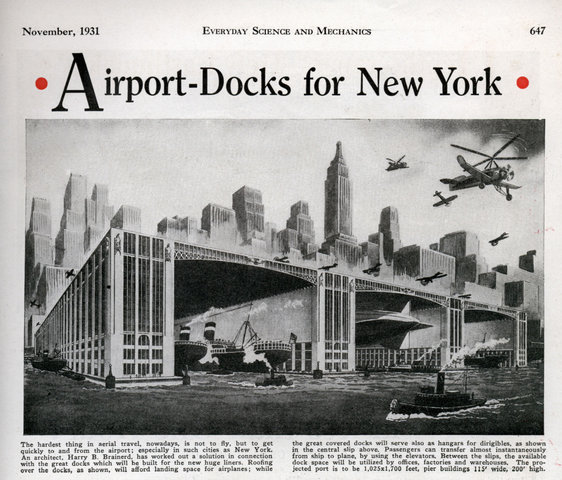 Airport-Docks for New York
The hardest thing in aerial travel, nowadays, is not to fly, but to get quickly to and from the airport; especially in such cities as New York. An architect, Harry B. Brainerd, has worked out a solution in connection with the great docks which will be built for the new huge liners. Roofing over the docks, as shown, will afford landing space for airplanes; while the great covered docks will serve also as hangars for dirigibles, as shown in the central slip above. Passengers can transfer almost instantaneously from ship to plane, by using the elevators. Between the slips, the available dock space will be utilized by offices, factories and warehouses. The projected port is to be 1,025×1,700 feet, pier buildings 115′ wide, 200′ high.