It looks like that kid is trying to rip the donkey’s tail off. 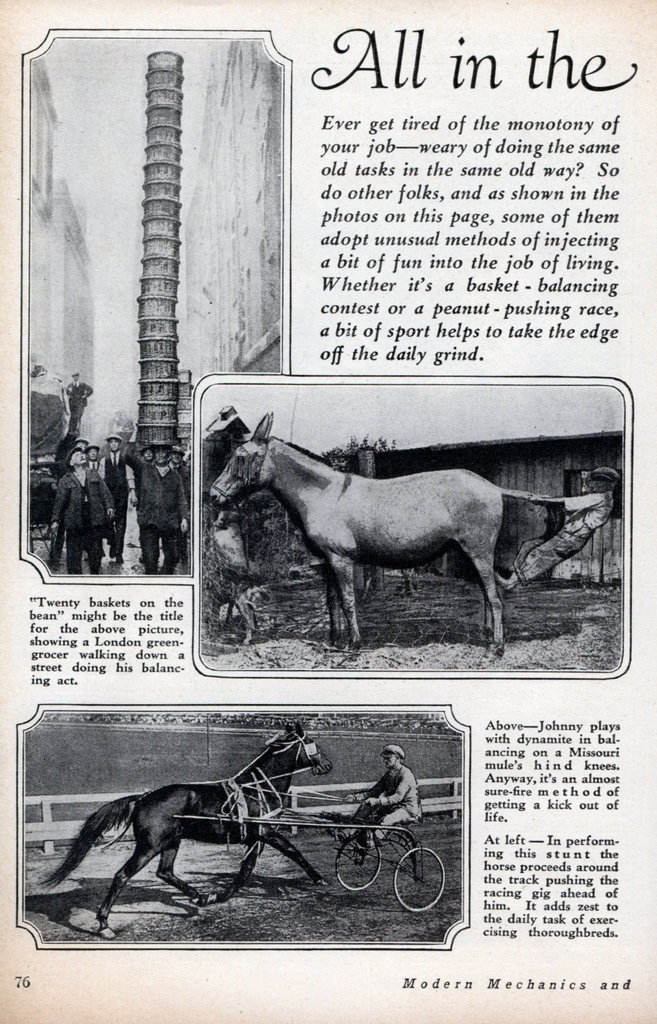 All in the Day’s Work

Ever get tired of the monotony of your jobâ€”weary of doing the same old tasks in the same old way? So do other folks, and as shown in the photos on this page, some of them adopt unusual methods of injecting a bit of fun into the job of tiring. Whether it9s a basket – balancing contest or a peanut – pushing race, a bit of sport helps to take the edge off the daily grind.