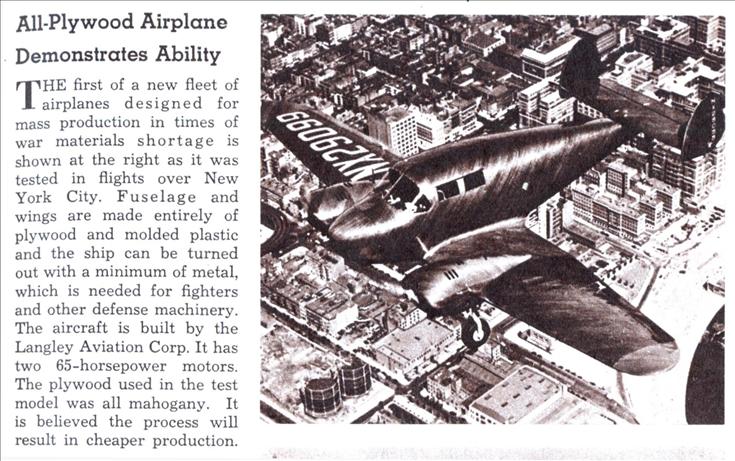 THE first of a new fleet of airplanes designed for mass production in times of war materials shortage is shown at the right as it was tested in flights over New York City. Fuselage and wings are made entirely of plywood and molded plastic and the ship can be turned out with a minimum of metal, which is needed for fighters and other defense machinery. The aircraft is built by the Langley Aviation Corp. It has two 65-horsepower motors. The plywood used in the test model was all mahogany. It is believed the process will result in cheaper production.