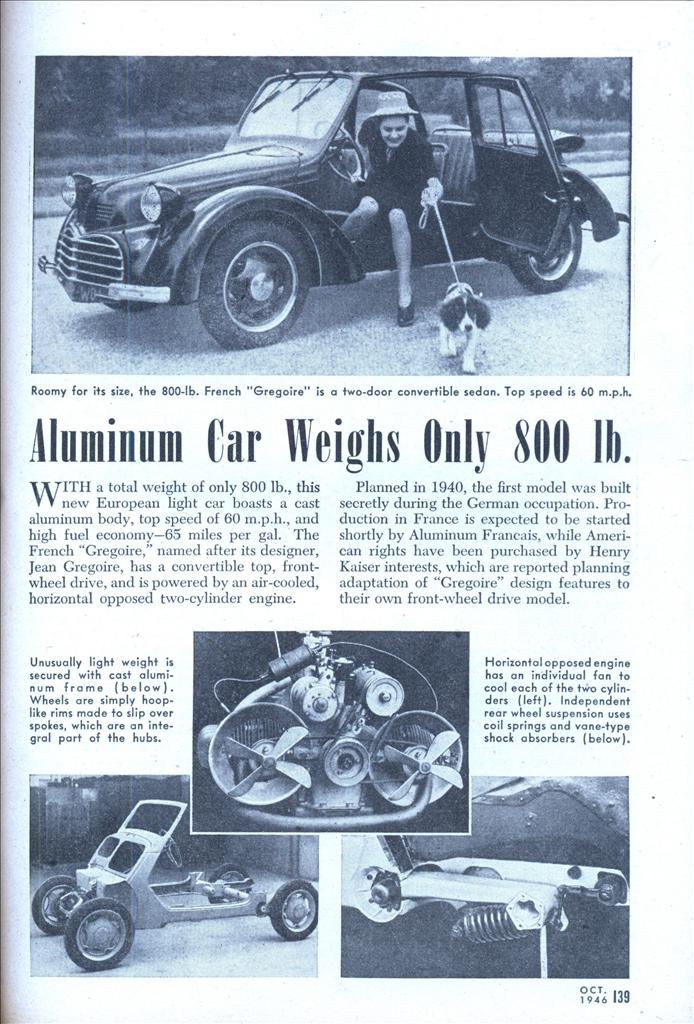 WITH a total weight of only 800 lb., this new European light car boasts a cast aluminum body, top speed of 60 m.p.h., and high fuel economy—65 miles per gal. The French “Gregoire,” named after its designer, Jean Gregoire, has a convertible top, front-wheel drive, and is powered by an air-cooled, horizontal opposed two-cylinder engine.

Planned in 1940, the first model was built secretly during the German occupation. Production in France is expected to be started shortly by Aluminum Francais, while American rights have been purchased by Henry Kaiser interests, which are reported planning adaptation of “Gregoire” design features to their own front-wheel drive model.