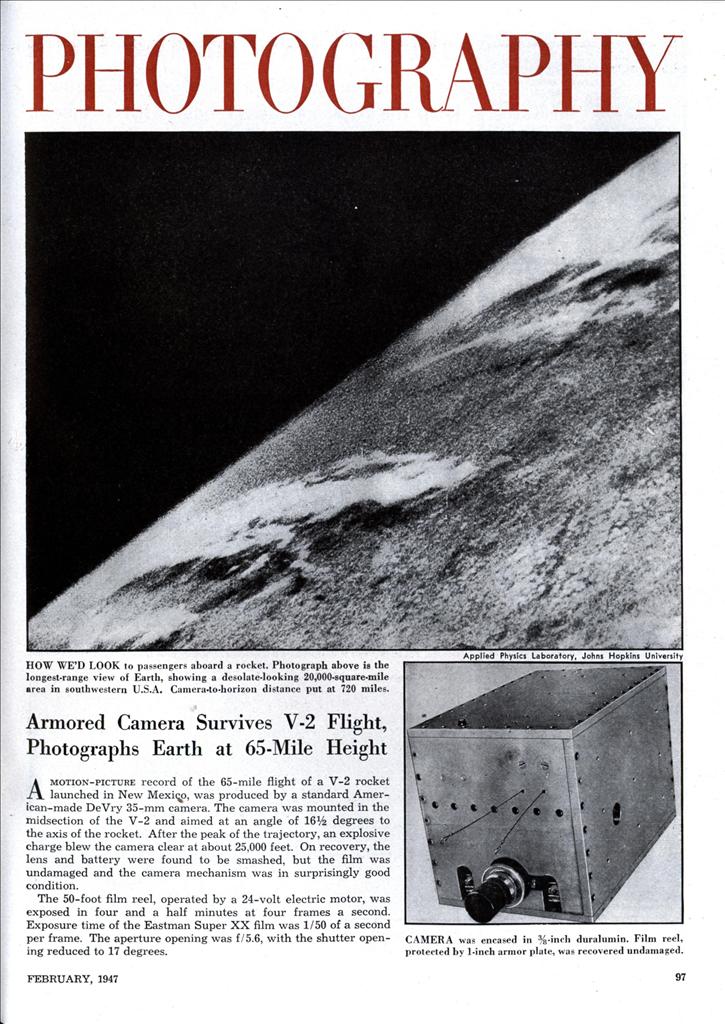 A motion-picture record of the 65-mile flight of a V-2 rocket launched in New Mexico, was produced by a standard American-made DeVry 35-mm camera. The camera was mounted in the midsection of the V-2 and aimed at an angle of 16-1/2 degrees to the axis of the rocket. After the peak of the trajectory, an explosive charge blew the camera clear at about 25,000 feet. On recovery, the lens and battery were found to be smashed, but the film was undamaged and the camera mechanism was in surprisingly good condition.

The 50-foot film reel, operated by a 24-volt electric motor, was exposed in four and a half minutes at four frames a second. Exposure time of the Eastman Super XX film was 1/50 of a second per frame. The aperture opening was f/5.6, with the shutter opening reduced to 17 degrees.