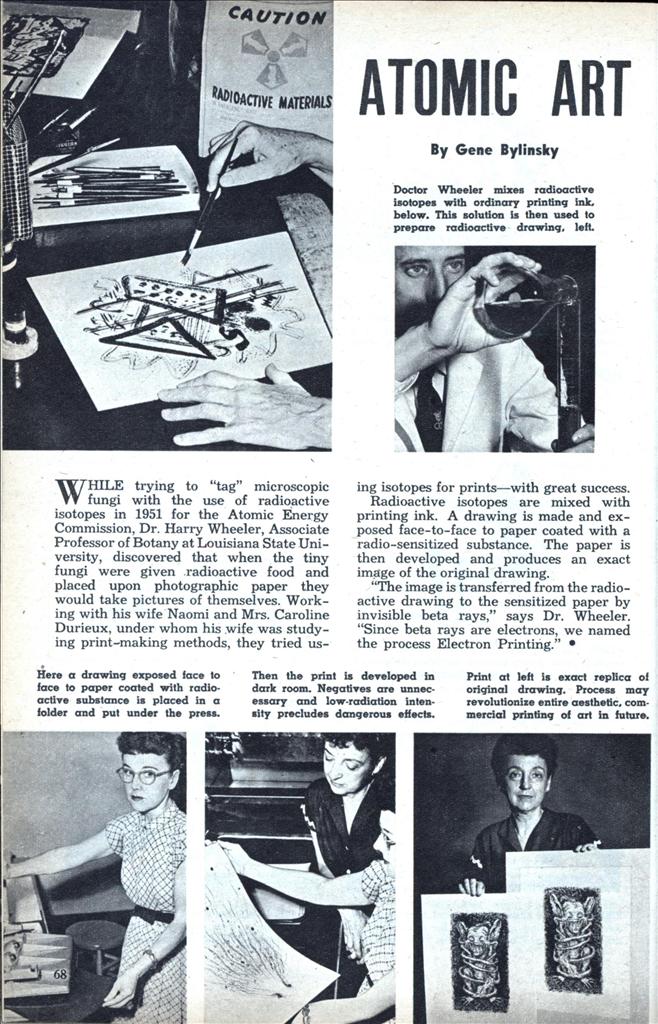 Radioactive isotopes are mixed with printing ink. A drawing is made and exposed face-to-face to paper coated with a radio-sensitized substance. The paper is then developed and produces an exact image of the original drawing.

“The image is transferred from the radioactive drawing to the sensitized paper by invisible beta rays,” says Dr. Wheeler. “Since beta rays are electrons, we named the process Electron Printing.”