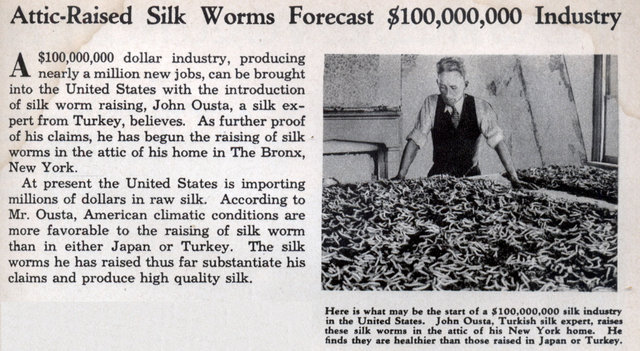 A $100,000,000 dollar industry, producing nearly a million new jobs, can be brought into the United States with the introduction of silk worm raising, John Ousta, a silk expert from Turkey, believes. As further proof of his claims, he has begun the raising of silk worms in the attic of his home in The Bronx, New York.

At present the United States is importing millions of dollars in raw silk- According to Mr. Ousta, American climatic conditions are more favorable to the raising of silk worm than in either Japan or Turkey. The silk worms he has raised thus far substantiate his claims and produce high quality silk.