Australians Hunt Sharks with Electricity (May, 1930) 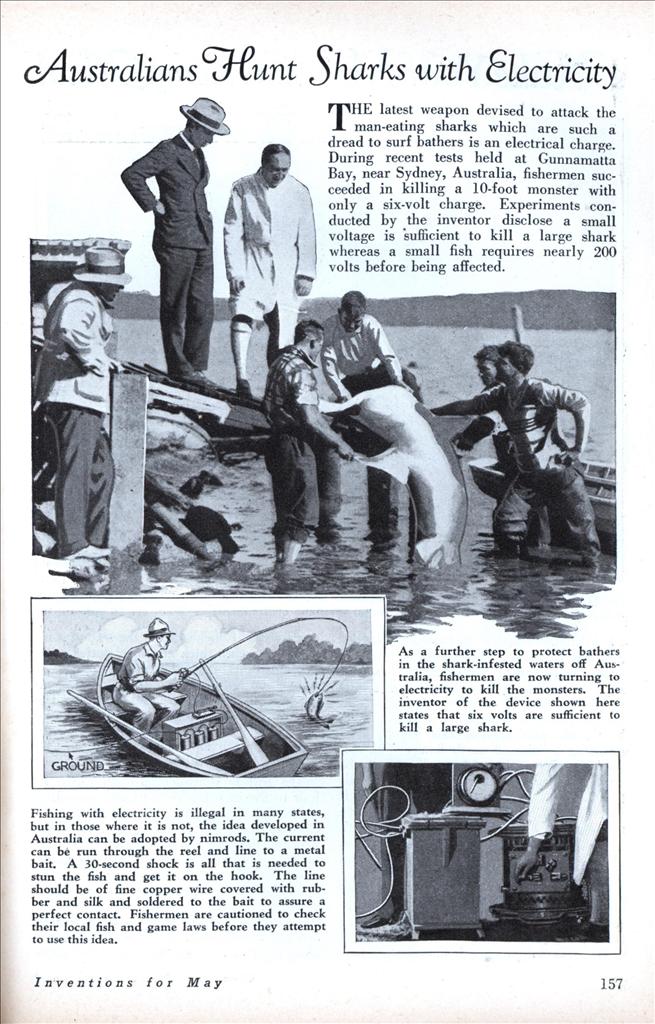 THE latest weapon devised to attack the man-eating sharks which are such a dread to surf bathers is an electrical charge. During recent tests held at Gunnamatta Bay, near Sydney, Australia, fishermen succeeded in killing a 10-foot monster with only a six-volt charge. Experiments conducted by the inventor disclose a small voltage is sufficient to kill a large shark whereas a small fish requires nearly 200 volts before being affected.