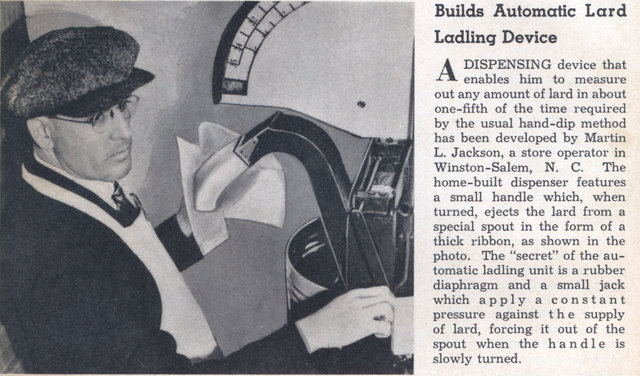 Builds Automatic Lard Ladling Device
A DISPENSING device that enables him to measure out any amount of lard in about one-fifth of the time required by the usual hand-dip method has been developed by Martin L. Jackson, a store operator in Winston-Salem, N. C. The home-built dispenser features a small handle which, when turned, ejects the lard from a special spout in the form of a thick ribbon, as shown in the photo. The “secret” of the automatic ladling unit is a rubber diaphragm and a small jack which apply a constant pressure against the supply of lard, forcing it out of the spout when the handle is slowly turned.