Back Seat Control Shows Beginners How to Drive (Jan, 1929) 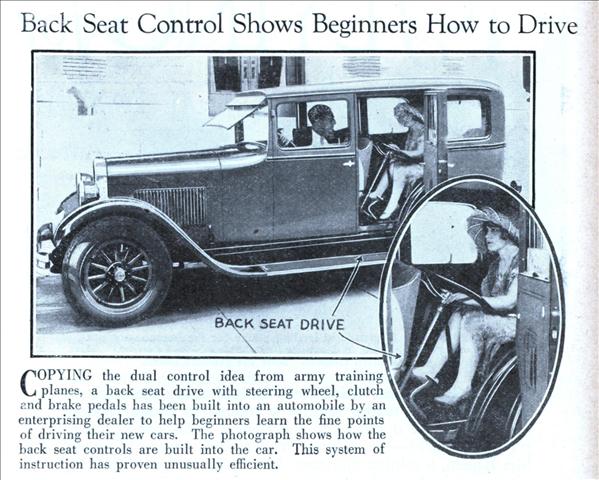 Back Seat Control Shows Beginners How to Drive
COPYING the dual control idea from army training planes, a back seat drive with steering wheel, clutch and brake pedals has been built into an automobile by an enterprising dealer to help beginners learn the fine points of driving their new cars. The photograph shows how the back seat controls are built into the car. This system of instruction has proven unusually efficient.