Oh, I don’t know.  In Project Excelsior  then-Captain Joe Kittinger bailed out of a balloon gondola over 19 miles high. These guys would have had an aircraft around them. 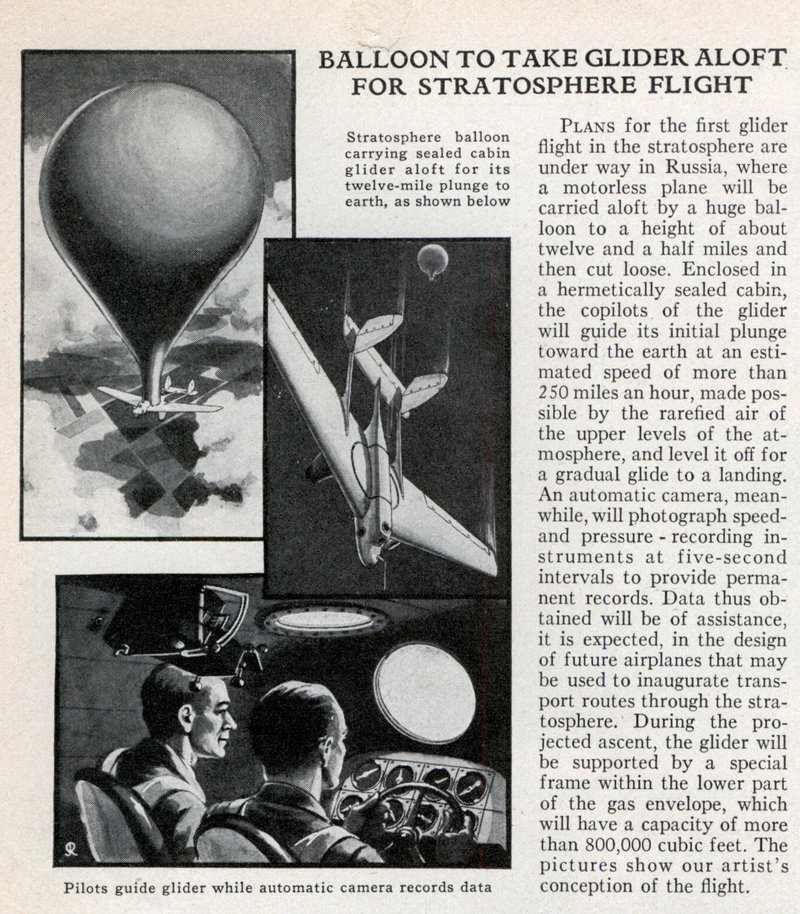 BALLOON TO TAKE GLIDER ALOFT FOR STRATOSPHERE FLIGHT
Plans for the first glider flight in the stratosphere are under way in Russia, where a motorless plane will be carried aloft by a huge balloon to a height of about twelve and a half miles and then cut loose. Enclosed in a hermetically sealed cabin, the copilots of the glider will guide its initial plunge toward the earth at an estimated speed of more than 250 miles an hour, made possible by the rarefied air of the upper levels of the atmosphere, and level it off for a gradual glide to a landing. An automatic camera, meanwhile, will photograph speed-and pressure – recording instruments at five-second intervals to provide permanent records. Data thus obtained will be of assistance, it is expected, in the design of future airplanes that may be used to inaugurate transport routes through the stratosphere. During the projected ascent, the glider will be supported by a special frame within the lower part of the gas envelope, which will have a capacity of more than 800,000 cubic feet. The pictures show our artist’s conception of the flight.