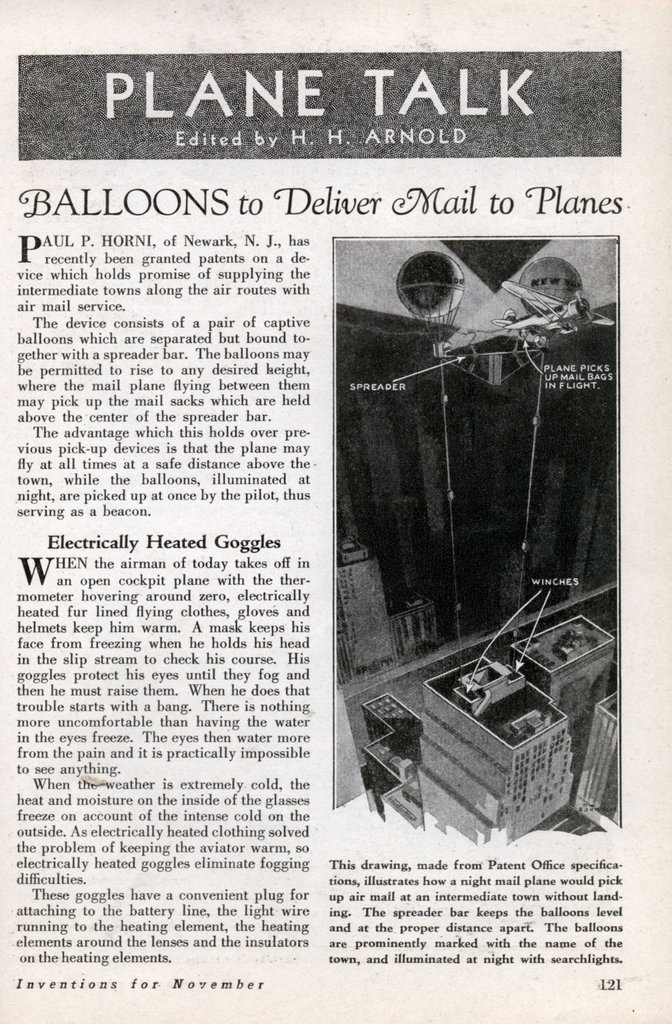 BALLOONS to Deliver Mail to Planes

PAUL P. HORNI, of Newark, N. J., has recently been granted patents on a device which holds promise of supplying the intermediate towns along the air routes with air mail service.

The device consists of a pair of captive balloons which are separated but bound together with a spreader bar. The balloons may be permitted to rise to any desired height, where the mail plane flying between them may pick up the mail sacks which are held above the center of the spreader bar.

The advantage which this holds over previous pick-up devices is that the plane may fly at all times at a safe distance above the -town, while the balloons, illuminated at night, are picked up at once by the pilot, thus serving as a beacon.