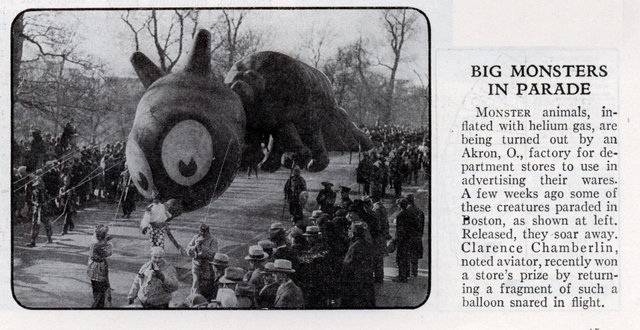 Monster animals, inflated with helium gas, are being turned out by an Akron, O., factory for department stores to use in advertising their wares. A few weeks ago some of these creatures paraded in Boston, as shown at left. Released, they soar away. Clarence Chamberlin, noted aviator, recently won a store’s prize by returning a fragment of such a balloon snared in flight.