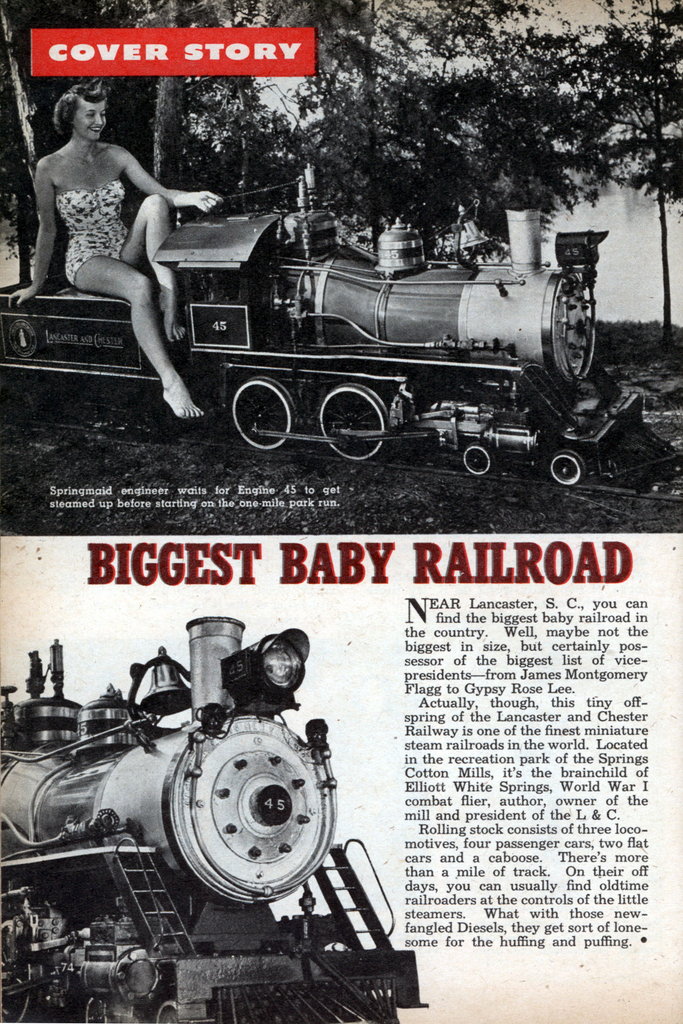 NEAR Lancaster, S. C, you can find the biggest baby railroad in the country. Well, maybe not the biggest in size, but certainly possessor of the biggest list of vice-presidentsâ€”from James Montgomery Flagg to Gypsy Rose Lee.

Actually, though, this tiny offspring of the Lancaster and Chester Railway is one of the finest miniature steam railroads in the world. Located in the recreation park of the Springs Cotton Mills, it’s the brainchild of Elliott White Springs, World War I combat flier, author, owner of the mill and president of the L & C.

Rolling stock consists of three locomotives, four passenger cars, two flat cars and a caboose. There’s more than a mile of track. On their off days, you can usually find oldtime railroaders at the controls of the little steamers. What with those newfangled Diesels, they get sort of lonesome for the buffing and puffing.