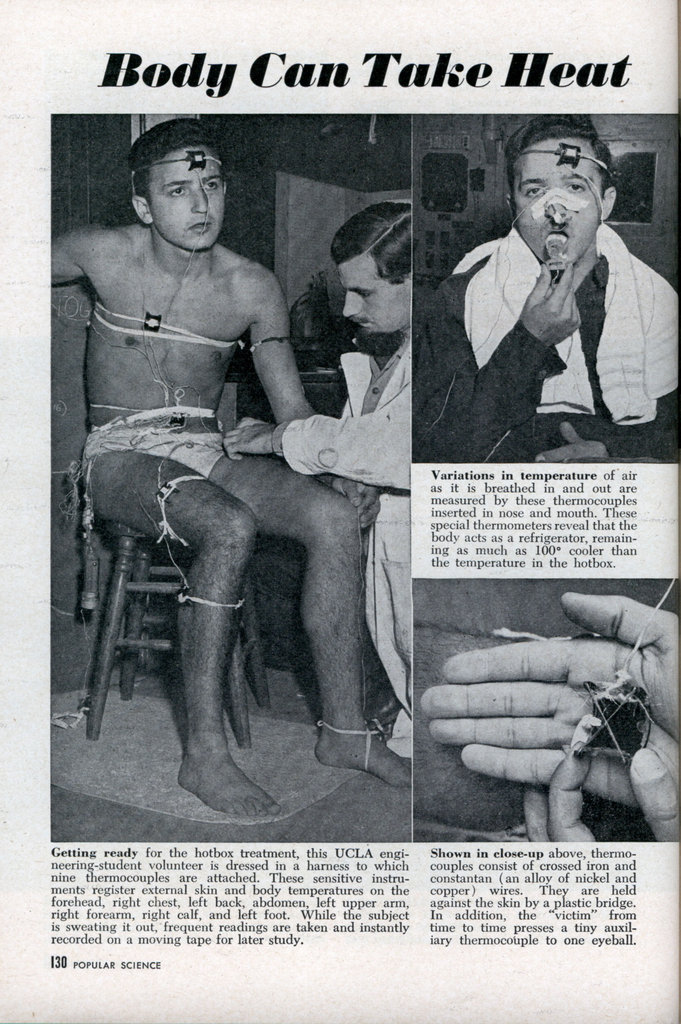 SWEATING it out in a metal box at more than 250Â° F., University of California at Los Angeles experimenters have proved that the human body can take temperatures that would cook meat and boil coffeeâ€”but only for a short time. The tests are being conducted for the U. S. Air Force to find out how pilots would react should the cooling apparatus fail in the supersonic planes of tomorrow (see Cooling “Hot” Pilots, p. 110).

The reason the body can withstand temperatures previously regarded as fatal is that it acts as its own refrigerator. Evaporation of moisture through the skin forms a boundary layer of cool air in which the body wraps itself. Subjected to temperatures of 200Â° F. and more the skin heats only to about 105Â°, while the body hovers around a safe and fairly comfortable 100Â°.

The sweatbox used in the experiments is a metal-sheathed cylinder, five feet in diameter, that served to test aircraft instruments during the war. Electric strip heaters, thermostatically controlled, produce any desired -heat. Already several volunteers have taken 220Â° F. for 15 minutes and more. Dr. Craig Taylor, in charge of the project, has “cooked” at 262Â° for two minutes, and is warming up for a 300Â° session.