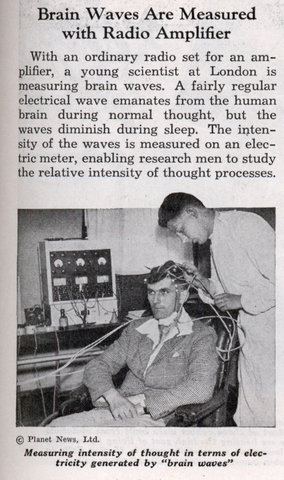 With an ordinary radio set for an amplifier, a young scientist at London is measuring brain waves. A fairly regular electrical wave emanates from the human brain during normal thought, but the waves diminish during sleep. The intensity of the waves is measured on an electric meter, enabling research men to study the relative intensity of thought processes.