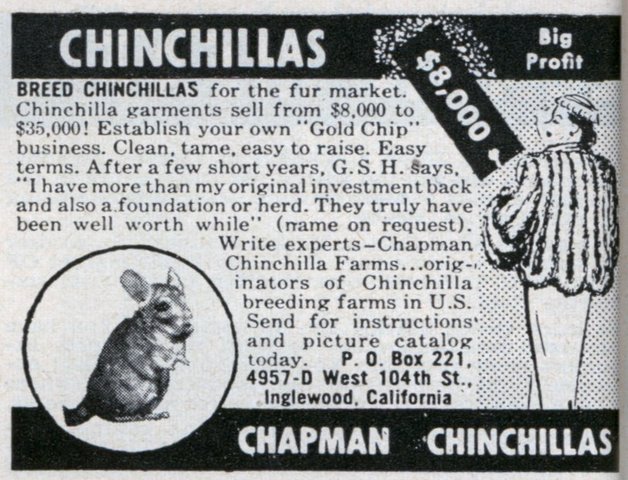 BREED CHINCHILLAS for the fur market. Chinchilla garments sell from $8,000 to $35,000! Establish your own “Gold Chip” business. Clean, tame, easy to raise. Easy terms. After a few short years, G.S.H. says, “I have more than my original investment back and also a foundation or herd. They truly have been well worth while” (name on request). Write experts – Chapman Chinchilla Farms… originators of Chinchilla breeding farms in the U.S.
Send for instructions and picture catalog today.
P.O. Box 221, 4957-D West 104th St
Inglewood, California