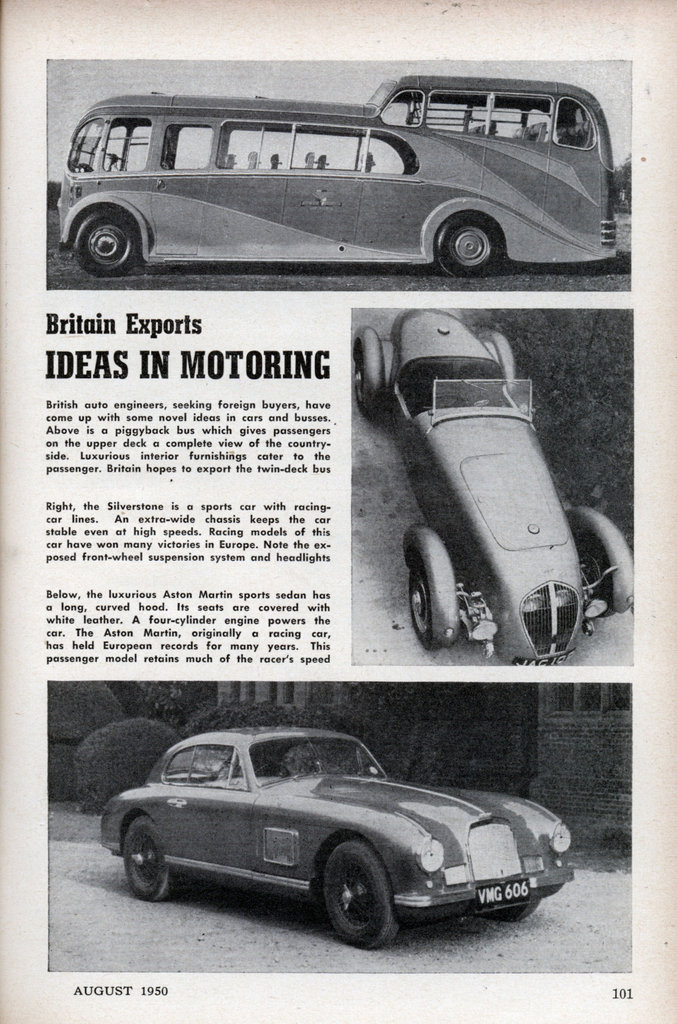 British auto engineers, seeking foreign buyers, have come up with some novel ideas in cars and busses. Above is a piggyback bus which gives passengers on the upper deck a complete view of the countryside. Luxurious interior furnishings cater to the passenger. Britain hopes to export the twin-deck bus

Right, the Silverstone is a sports car with racing-car lines. An extra-wide chassis keeps the car stable even at high speeds. Racing models of this car have won many victories in Europe. Note the exposed front-wheel suspension system and headlights

Below, the luxurious Aston Martin sports sedan has a long, curved hood. Its seats are covered with white leather. A four-cylinder engine powers the car. The Aston Martin, originally a racing car, has held European records for many years. This passenger model retains much of the racer’s speed