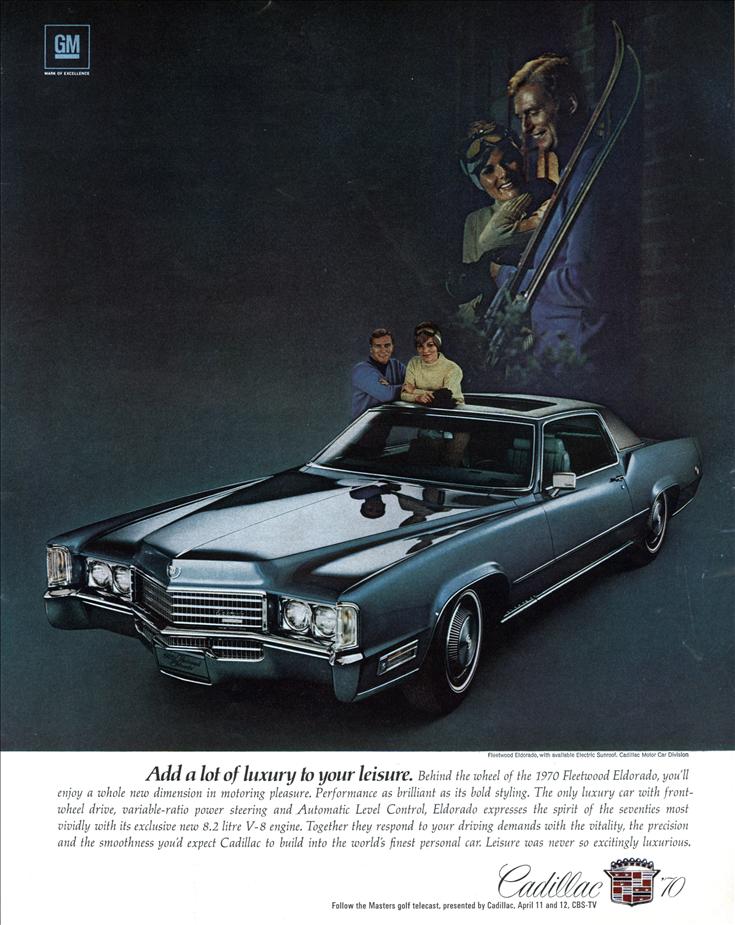 Add a lot of luxury to your leisure. Behind the wheel of the 1970 Fleetwood Eldorado, you’ll enjoy a whole new dimension in motoring pleasure. Performance as brilliant as its bold styling. The only luxury car with front-wheel drive, variable-ratio power steering and Automatic Level Control, Eldorado expresses the spirit of the seventies most vividly with its exclusive new 8.2 litre V-8 engine. Together they respond to your driving demands with the vitality, the precision and the smoothness you’d expect Cadillac to build into the world’s finest personal car. Leisure was never so excitingly luxurious.