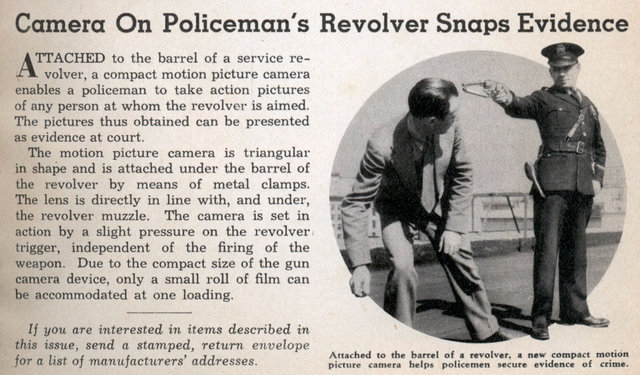 ATTACHED to the barrel of a service revolver, a compact motion picture camera enables a policeman to take action pictures of any person at whom the revolver is aimed. The pictures thus obtained can be presented as evidence at court.

The motion picture camera is triangular in shape and is attached under the barrel of the revolver by means of metal clamps. The lens is directly in line with, and under, the revolver muzzle. The camera is set in action by a slight pressure on the revolver trigger, independent of the firing of the weapon. Due to the compact size of the gun camera device, only a small roll of film can be accommodated at one loading.