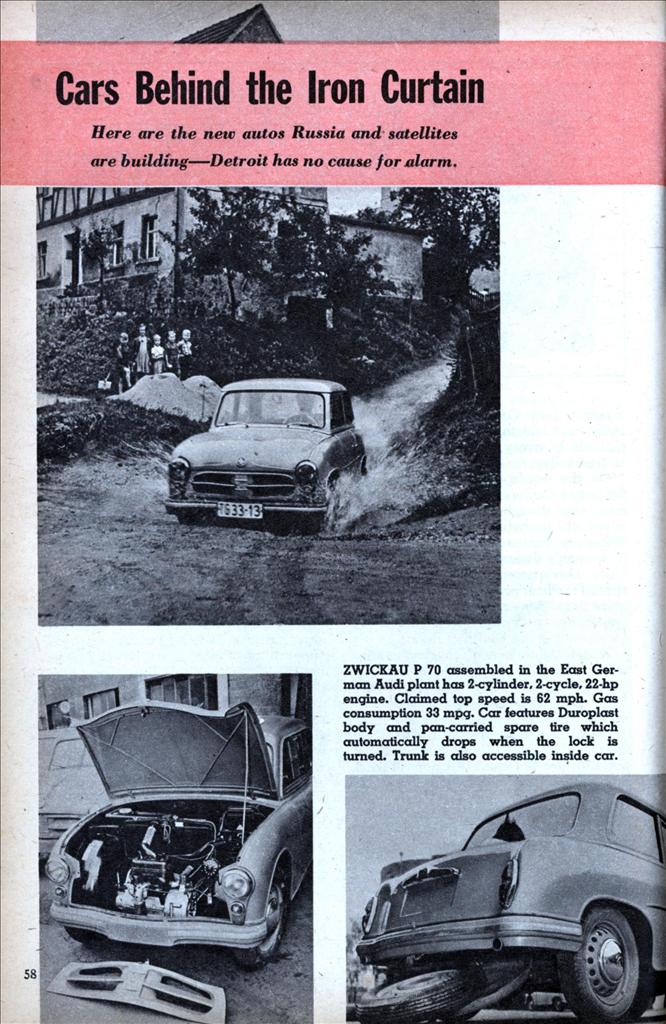 Cars Behind the Iron Curtain

Here are the new autos Russia and satellites are building—Detroit has no cause for alarm.

SKODA 440 is the latest auto to be produced in Czechoslovakia. It has a reputed top speed of 71 mph and supposedly runs 39 miles on a gallon of gas. A 4-cylinder engine rated at 40 hp operates the auto.

MOSKVICH is a new all-steel Russian auto which will soon be built in Moscow. It has such nobby innovations as directionals and a radio. Reds claim four-seater goes 45 miles on a gallon of gas, does 65 mph.

MODEL 72, another Russian vehicle, was designed for the most rugged terrain and comes with four-wheel drive, low pressure tires with special grip tread. Shown climbing roadless hill, it is made at Gorky.

POLISH SIREN was put into production this year. It has an air-cooled, 2-cylinder, 27-hp mill. 37-mph speed.