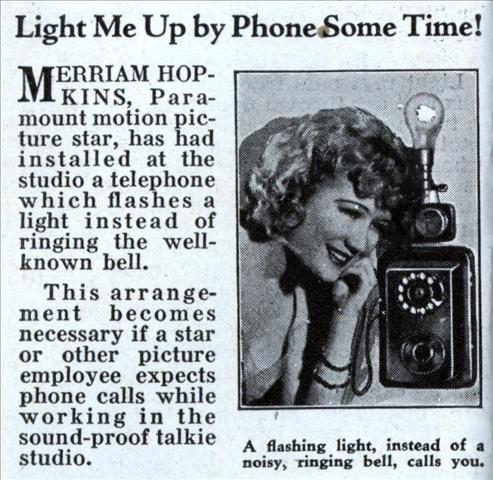 Light Me Up by Phone Some Time!

MERRIAM HOPKINS, Paramount motion picture star, has had installed at the studio a telephone which flashes a light instead of ringing the well-known bell.

This arrangement becomes necessary if a star or other picture employee expects phone calls while working in the sound-proof talkie studio. 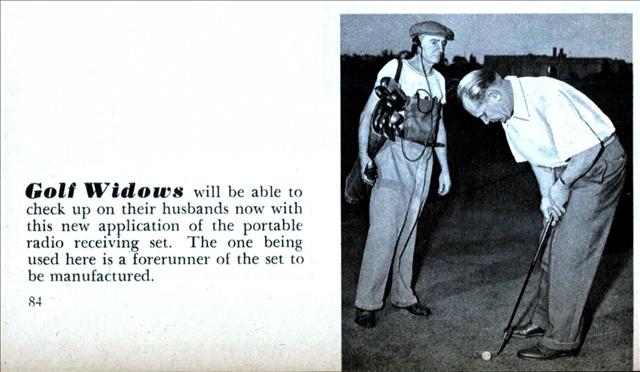 Golf Widows will be able to check up on their husbands now with this new application of the portable radio receiving set. The one being used here is a forerunner of the set to be manufactured. 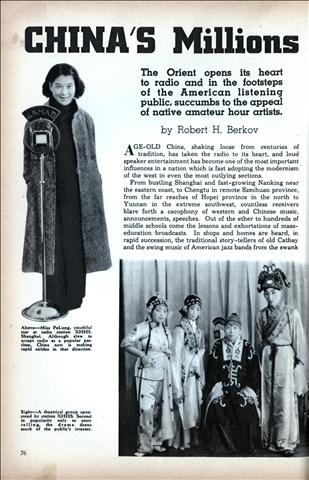 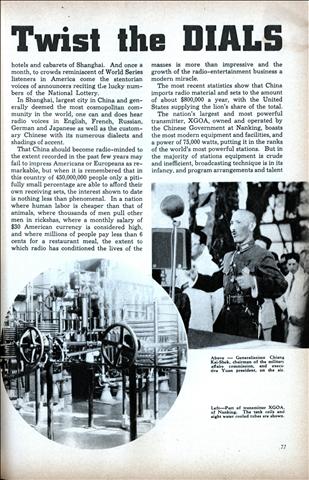 The Orient opens its heart to radio and in the footsteps of the American listening public, succumbs to the appeal of native amateur hour artists.

AGE-OLD China, shaking loose from centuries of tradition, has taken the radio to its heart, and loud speaker entertainment has become one of the most important influences in a nation which is fast adopting the modernism of the west in even the most outlying sections.

From bustling Shanghai and fast-growing Nanking near the eastern coast, to Chengtu in remote Szechuan province, from the far reaches of Hopei province in the north to Yunnan in the extreme southwest, countless receivers blare forth a cacophony of western and Chinese music, announcements, speeches.

Phone Booth Needs No Door
A DE LUXE telephone booth, utilizing a sound absorbent material instead of glass or wood panels, is the latest development of the Burgess Battery Company, of Chicago, Ill. Open around the base, and because of the remarkable absorption qualities of the lining, no door is required. This feature of the design facilitates natural ventilation and easy cleaning, yet greater privacy is achieved than in the ordinary closed booth.

BY PRESSING an electric switch, radio listeners may express approval of a current radio program. Holding down a small switch attached to the base of a small lamp placed near the radio, the increased current drain is shown at the local power plant or substation.

Now being used in France, the idea was first tried out by an American power company working with an eastern broadcasting chain.

Illustrated World
Issue: Jun, 1917
Posted in: Telephone
7 Comments on Raising a Switchboard One Floor without Stopping the Telephone Service (Jun, 1917)

Raising a Switchboard One Floor without Stopping the Telephone Service (Jun, 1917) 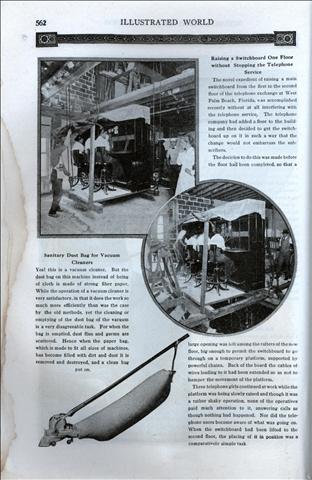 Raising a Switchboard One Floor without Stopping the Telephone Service

The novel expedient of raising a main switchboard from the first to the second floor of the telephone exchange at West Palm Beach, Florida, was accomplished recently without at all interfering with the telephone service. The telephone company had added a floor to the building and then decided to get the switchboard up on it in such a way that the change would not embarrass the subscribers.

This would be awesome in one of those iPod dancing silhouette ads. 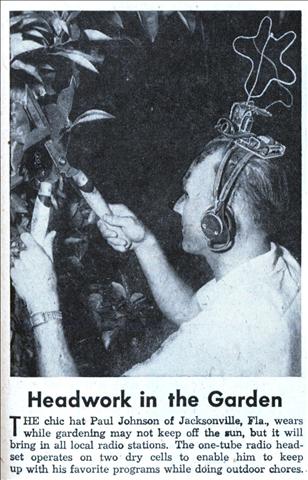 Headwork in the Garden

THE chic hat Paul Johnson of Jacksonville, Fla., wears while gardening may not keep off the iun, but it will bring in all local radio stations. The one-tube radio headset operates on two dry cells to enable him to keep up with his favorite programs while doing outdoor chores. 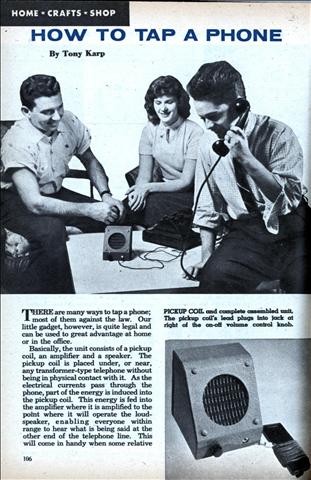 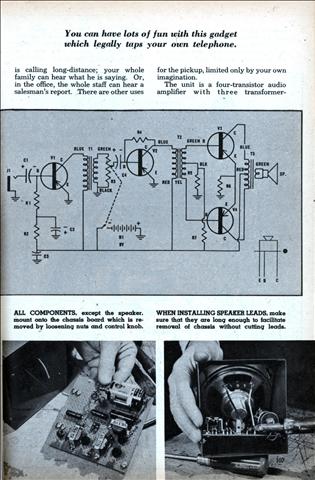 HOW TO TAP A PHONE

THERE are many ways to tap a phone; most of them against the law. Our little gadget, however, is quite legal and can be used to great advantage at home or in the office.

Basically, the unit consists of a pickup coil, an amplifier and a speaker. The pickup coil is placed under, or near, any transformer-type telephone without being in physical contact with it. As the electrical currents pass through the phone, part of the energy is induced into the pickup coil. 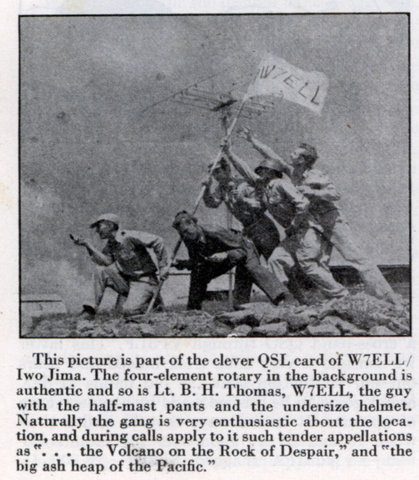 This picture is part of the clever QSL card of W7ELL/ Iwo Jima. The four-element rotary in the background is authentic and so is Lt. B. II. Thomas, W7ELL, the guy with the half-mast pants and the undersize helmet. Naturally the gang is very enthusiastic about the location, and during calls apply to it such tender appellations as “. . . the Volcano on the Rock of Despair,” and “the big ash heap of the Pacific.”

Wow, I had no idea they had tweakers in the forties. Those girls look pretty strung out. 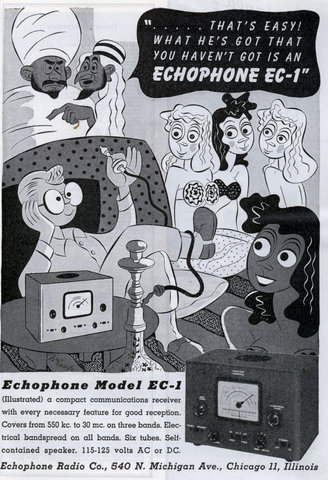