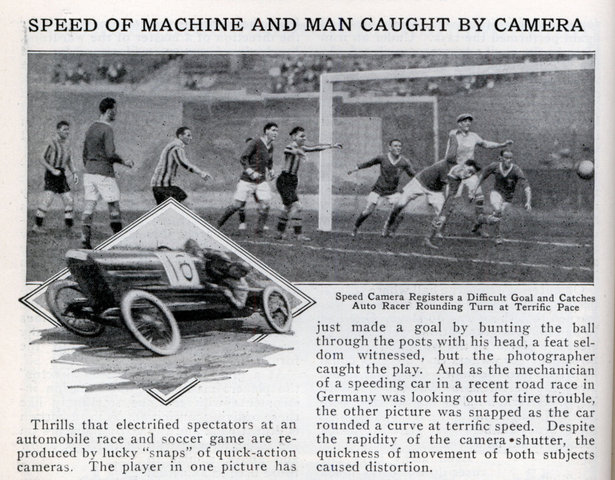 SPEED OF MACHINE AND MAN CAUGHT BY CAMERA

Thrills that electrified spectators at an automobile race and soccer game are reproduced by lucky “snaps” of quick-action cameras. The player in one picture has just made a goal by bunting the ball through the posts with his head, a feat seldom witnessed, but the photographer caught the play. 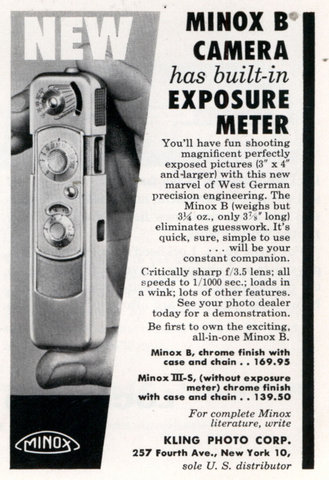 You’ll have fun shooting magnificent perfectly exposed pictures (3″ x 4″ and Larger) with this new marvel of West German precision engineering. The Minox B (weighs but 3-1/4 oz., only 3-7/8″ long) eliminates guesswork. It’s quick, sure, simple to use 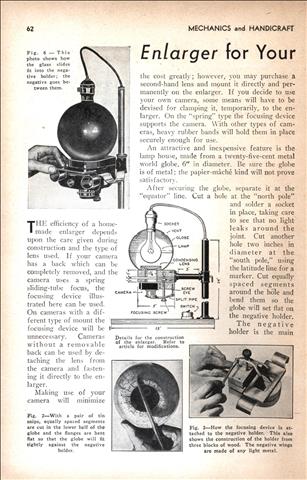 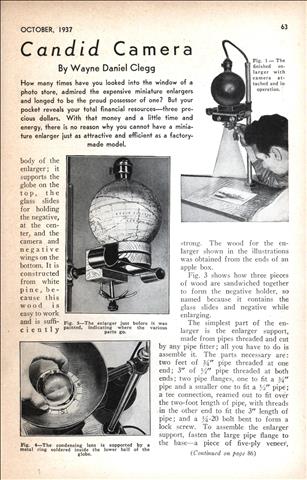 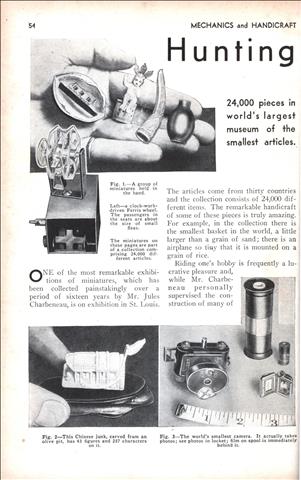 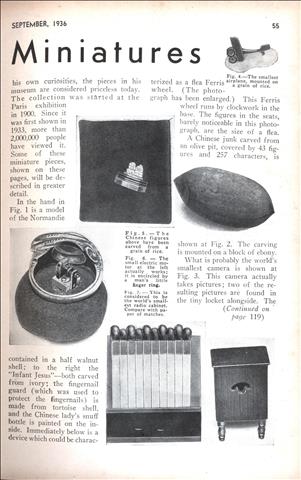 The articles come from thirty countries and the collection consists of 24,000 different items. 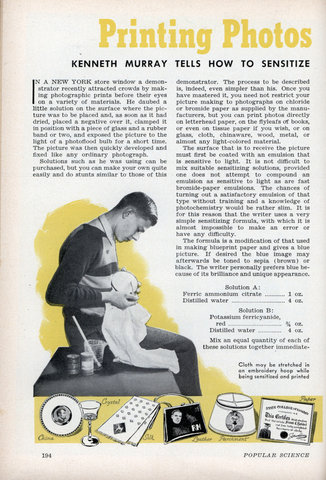 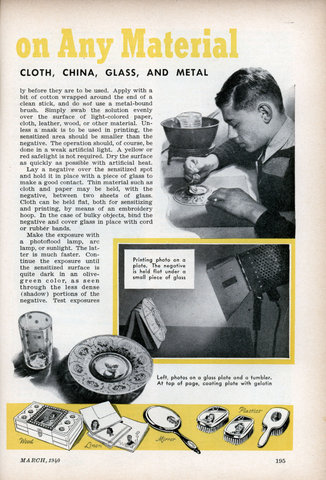 Printing Photos on Any Material

IN A NEW YORK store window a demonstrator recently attracted crowds by making photographic prints before their eyes on a variety of materials. He daubed a little solution on the surface where the picture was to be placed and, as soon as it had dried, placed a negative over it, clamped it in position with a piece of glass and a rubber band or two, and exposed the picture to the light of a photoflood bulb for a short time. 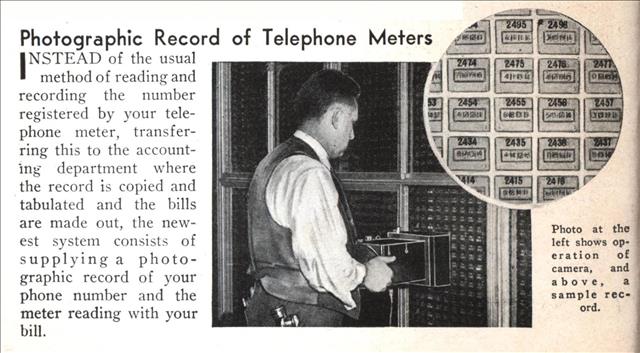 Photographic Record of Telephone Meters
INSTEAD of the usual method of reading and recording the number registered by your telephone meter, transferring this to the accounting department where the record is copied and tabulated and the bills are made out, the newest system consists of supplying a photographic record of your phone number and the meter reading with your bill. 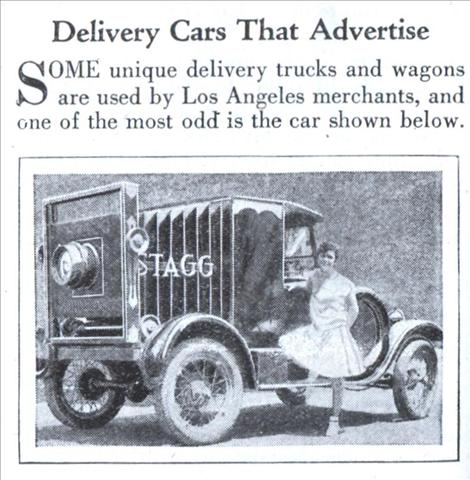 SOME unique delivery trucks and wagons are used by Los Angeles merchants, and one of the most odd is the car shown below. 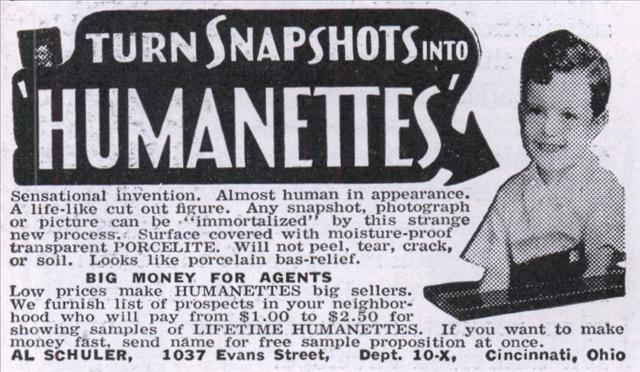 Sensational invention. Almost human in appearance. A life-like cut out figure. Any snapshot, photograph or picture can be “immortalized” by this strange new process. Surface covered with moisture-proof transparent PORCELITE. Will not peel, tear, crack, or soil. Looks like porcelain bas-relief.

This is the same camera I posted an article about yesterday (Snap Happy Camera). Apparently a year after it was shown in MI the Army decided to use it in an ad. It looks they used almost the exact same photos. They seem close enough that I’m wondering if the Army ad just painted over the guy’s hand in the originals used in the MI article. 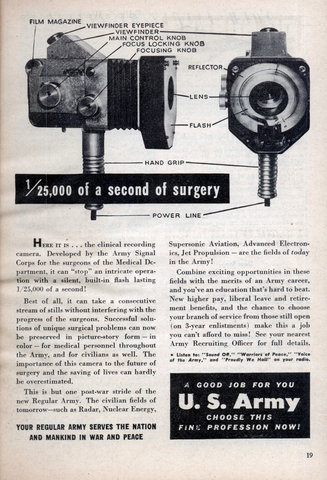 Here it is… the clinical recording camera. Developed by the Army Signal Corps for the surgeons of the Medical Department, it can “stop” an intricate operation with a silent, built-in flash lasting 1/25,000 of a second!