I think my school started letting us learn to type on computers around the third grade. But that was around 1984 and we were using Commodore 64s. I presume it happens earlier, if not at home. That was also the year I got my first home computer, an Apple IIc. 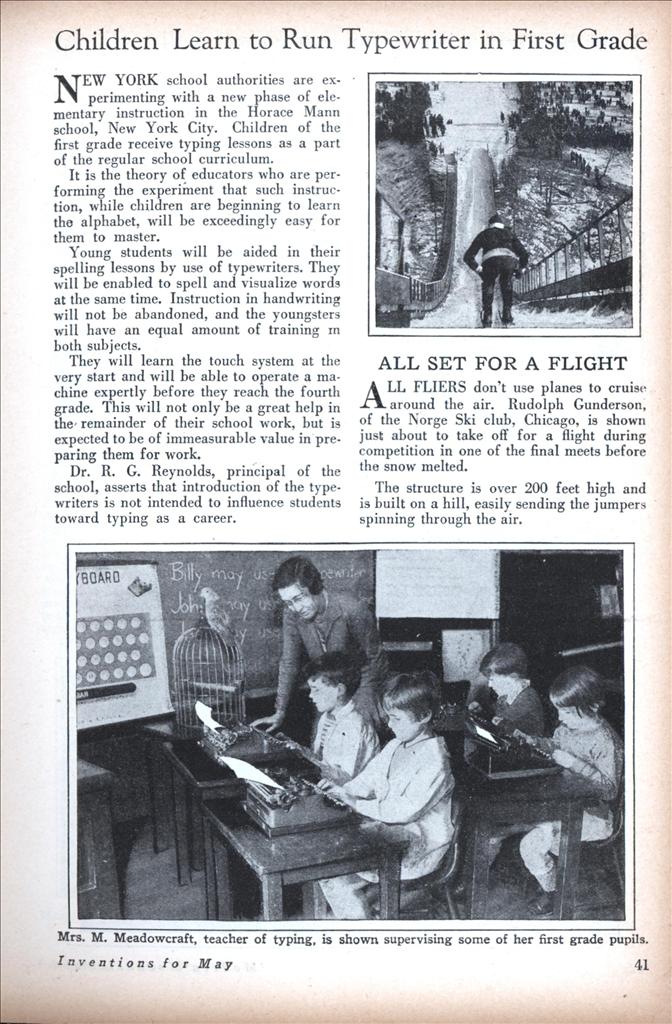 NEW YORK school authorities are experimenting with a new phase of elementary instruction in the Horace Mann school, New York City. Children of the first grade receive typing lessons as a part of the regular school curriculum.

It is the theory of educators who are performing the experiment that such instruction, while children are beginning to learn the alphabet, will be exceedingly easy for them to master.

Young students will be aided in their spelling lessons by use of typewriters. They will be enabled to spell and visualize words at the same time. Instruction in handwriting will not be abandoned, and the youngsters will have an equal amount of training in both subjects.

They will learn the touch system at the very start and will be able to operate a machine expertly before they reach the fourth grade. This will not only be a great help in the remainder of their school work, but is expected to be of immeasurable value in preparing them for work.

Dr. R. G. Reynolds, principal of the school, asserts that introduction of the typewriters is not intended to influence students toward typing as a career.

ALL SET FOR A FLIGHT

ALL FLIERS don’t use planes to cruise around the air. Rudolph Gunderson, of the Norge Ski club, Chicago, is shown just about to take off for a flight during competition in one of the final meets before the snow melted.

The structure is over 200 feet high and is built on a hill, easily sending the jumpers spinning through the air.