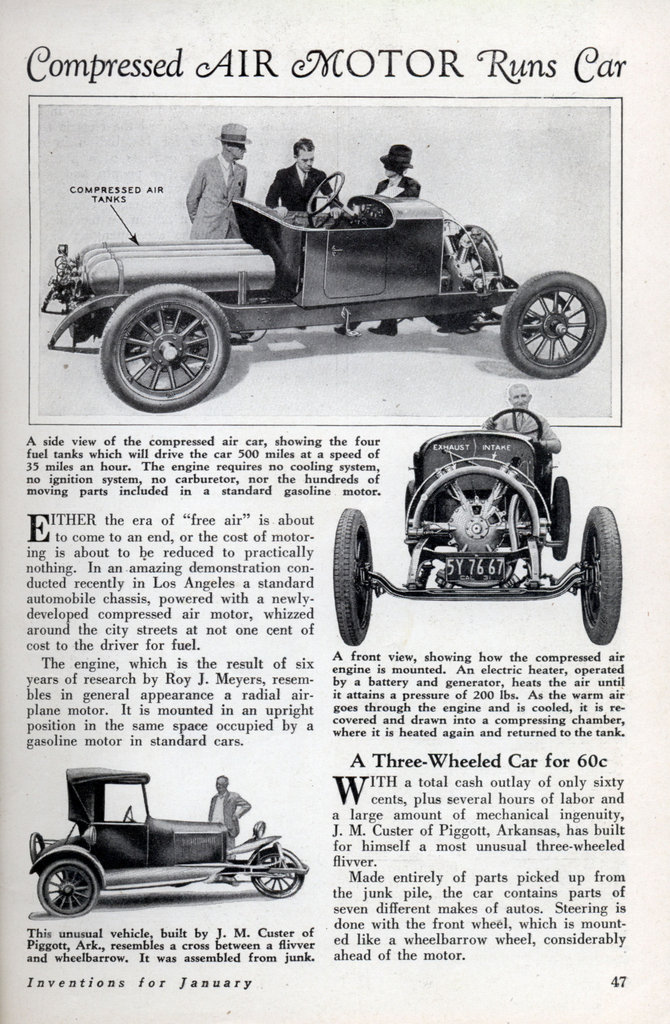 EITHER the era of “free air” is about to come to an end, or the cost of motoring is about to be reduced to practically nothing. In an amazing demonstration conducted recently in Los Angeles a standard automobile chassis, powered with a newly-developed compressed air motor, whizzed around the city streets at not one cent of cost to the driver for fuel.

The engine, which is the result of six years of research by Roy J. Meyers, resembles in general appearance a radial airplane motor. It is mounted in an upright position in the same space occupied by a gasoline motor in standard cars.