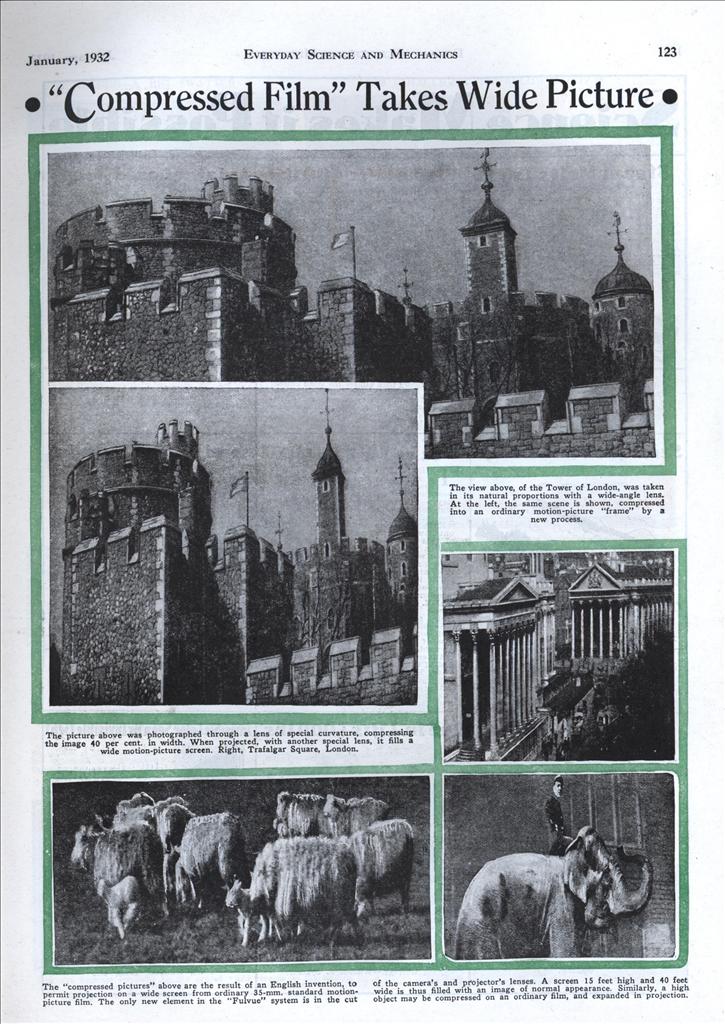 The view above, of the Tower of London, was taken in its natural proportions with a wide-angle lens. At the left, the same scene is shown, compressed into an ordinary motion-picture “frame” by a new process.

The picture above was photographed through a lens of special curvature, compressing the image 40 per cent, in width. When projected, with another special lens, it fills a wide motion-picture screen. Right, Trafalgar Square, London.

The “compressed pictures” above are the result of an English invention, to permit projection on a wide screen from ordinary 35-mm. standard motion-picture film. The only new element in the “Fulvue” system is in the cut of the camera’s and projector’s lenses. A screen 15 feet high and 40 feet wide is thus filled with an image of normal appearance. Similarly, a high object may be compressed on an ordinary film, and expanded in projection.