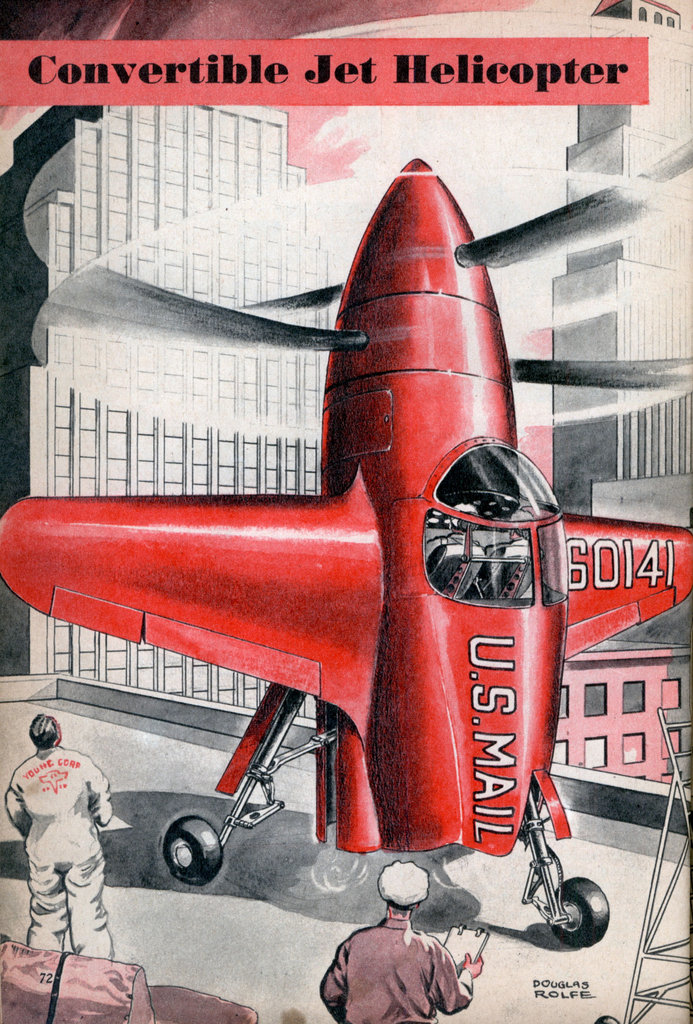 WHEN you see a plane standing on its end in the skyâ€”or on the groundâ€”this will be the one!

A radical new design, just granted a patent, is an airplane that can stick its nose up and act like a helicopter.

The craft has a plane’s wings, ailerons and enclosed fuselage. Three wheels extending straight back to the rear allow vertical takeoff and sit-down.

Contra-rotating co-axial props, larger than usual ones but smaller than rotors, lift it off the ground. Once in the air the pilot noses over and the same props pull it horizontally, like any ordinary plane. There’s an extra window in the floor for the pilot to see through when flying vertically. Seats are adjustable according to the plane’s position.

The new design allows use of small wingsâ€” which means increased efficiency at high speeds. A pitch-changing mechanism makes it unnecessary to shift gears and gives the props a big bite that increases speed.

The engine is located behind the pilot, and its jet provides useful thrust.