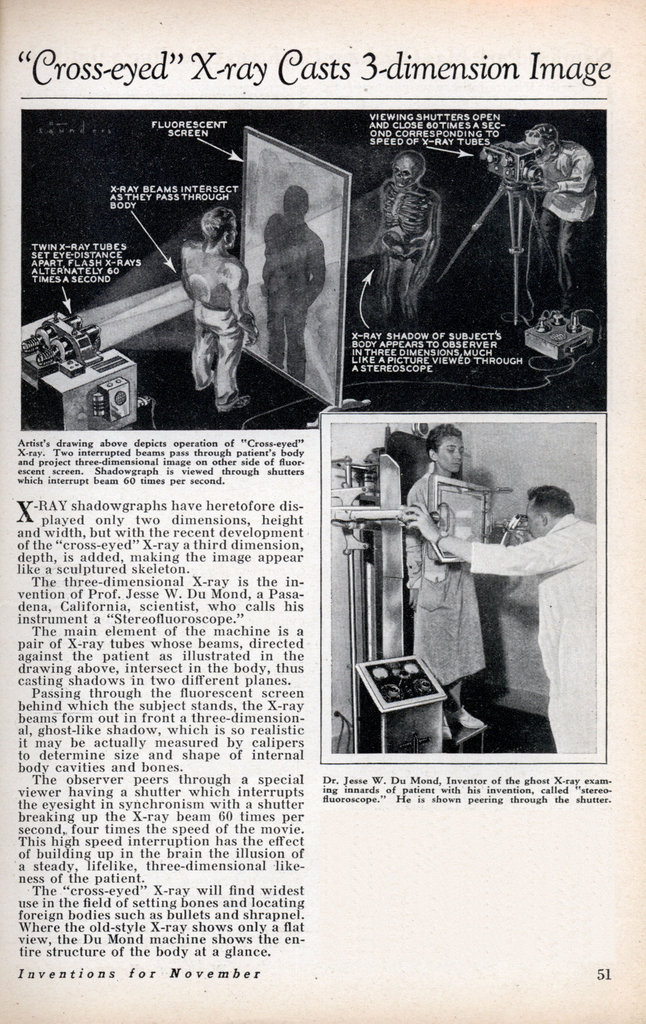 Passing through the fluorescent screen behind which the subject stands, the X-ray beams form out in front a three-dimensional, ghost-like shadow, which is so realistic
it may be actually measured by calipers to determine size and shape of internal body cavities and bones.

The observer peers through a special viewer having a shutter which interrupts the eyesight in synchronism with a shutter breaking up the X-ray beam 60 times per second,, four times the speed of the movie. This high speed interruption has the effect of building up in the brain the illusion of a steady, lifelike, three-dimensional likeness of the patient.

The “cross-eyed” X-ray will find widest use in the field of setting bones and locating foreign bodies such as bullets and shrapnel. Where the old-style X-ray shows only a flat view, the Du Mond machine shows the entire structure of the body at a glance.