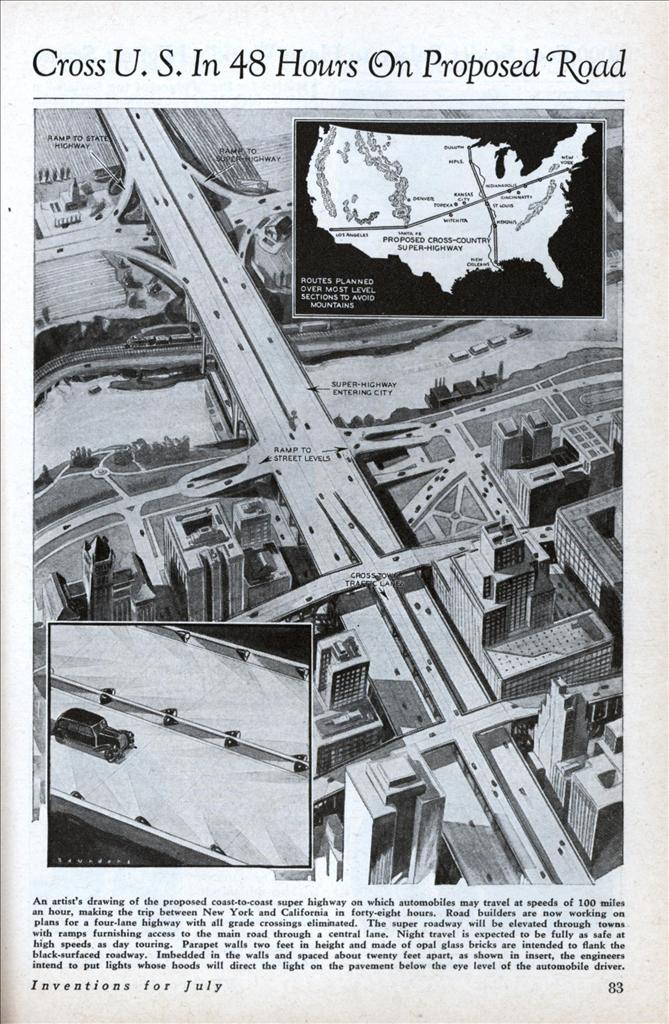 An artist’s drawing of the proposed coast-to-coast super highway on which automobiles may travel at speeds of 100 miles an hour, making the trip between New York and California in forty-eight hours. Road builders are now working on plans for a four-lane highway with all grade crossings eliminated. The super roadway will be elevated through towns with ramps furnishing access to the main road through a central lane. Night travel is expected to be fully as safe at high speeds as day touring. Parapet walls two feet in height and made of opal glass bricks are intended to flank the black-surfaced roadway. Imbedded in the walls and spaced about twenty feet apart, as shown in insert, the engineers intend to put lights whose hoods will direct the light on the pavement below the eye level of the automobile driver.