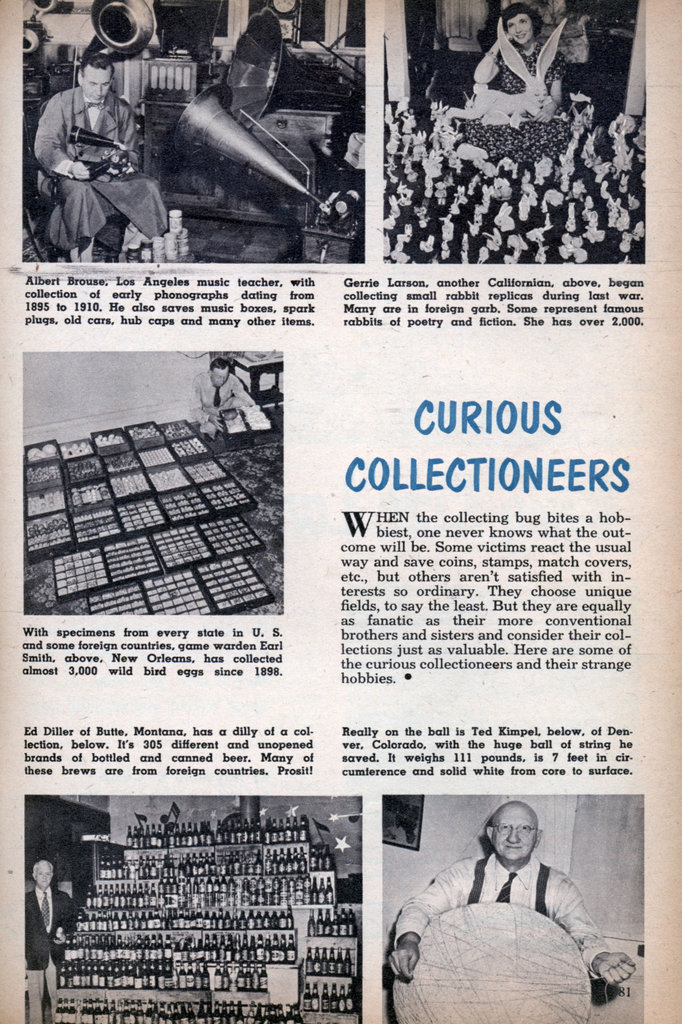 WHEN the collecting bug bites a hobbiest, one never knows what the outcome will be. Some victims react the usual way and save coins, stamps, match covers, etc., but others aren’t satisfied with interests so ordinary. They choose unique fields, to say the least. But they are equally as fanatic as their more conventional brothers and sisters and consider their collections just as valuable. Here are some of the curious collectioneers and their strange hobbies.

Gerrie Larson, another Californian, above, began collecting small rabbit replicas during last war. Many are in foreign garb. Some represent famous rabbits of poetry and fiction. She has over 2,000.

With specimens from every state in U.S. and some foreign countries, game warden Earl Smith, above. New Orleans, has collected almost 3,000 wild bird eggs since 1898.

Ed Diller of Butte, Montana, has a dilly of a collection, below. It’s 305 different and unopened brands of bottled and canned beer. Many of these brews are from foreign countries. Prosit!

Really on the ball is Ted Kimpel, below, of Denver, Colorado, with the huge ball of string he saved. It weighs 111 pounds, is 7 feet in circumference and solid white from core to surface.