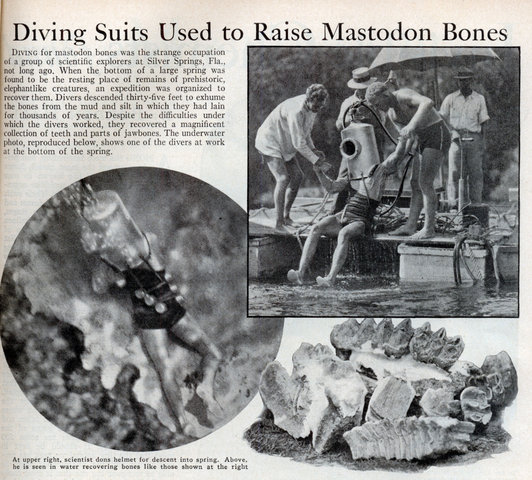 Diving for mastodon bones was the strange occupation of a group of scientific explorers at Silver Springs, Fla., not long ago. When the bottom of a large spring was found to be the resting place of remains of prehistoric, elephantlike creatures, an expedition was organized to recover them. Divers descended thirty-five feet to exhume the bones from the mud and silt in which they had lain for thousands of years. Despite the difficulties under which the divers worked, they recovered a magnificent collection of teeth and parts of jawbones. The underwater photo, reproduced below, shows one of the divers at work at the bottom of the spring.