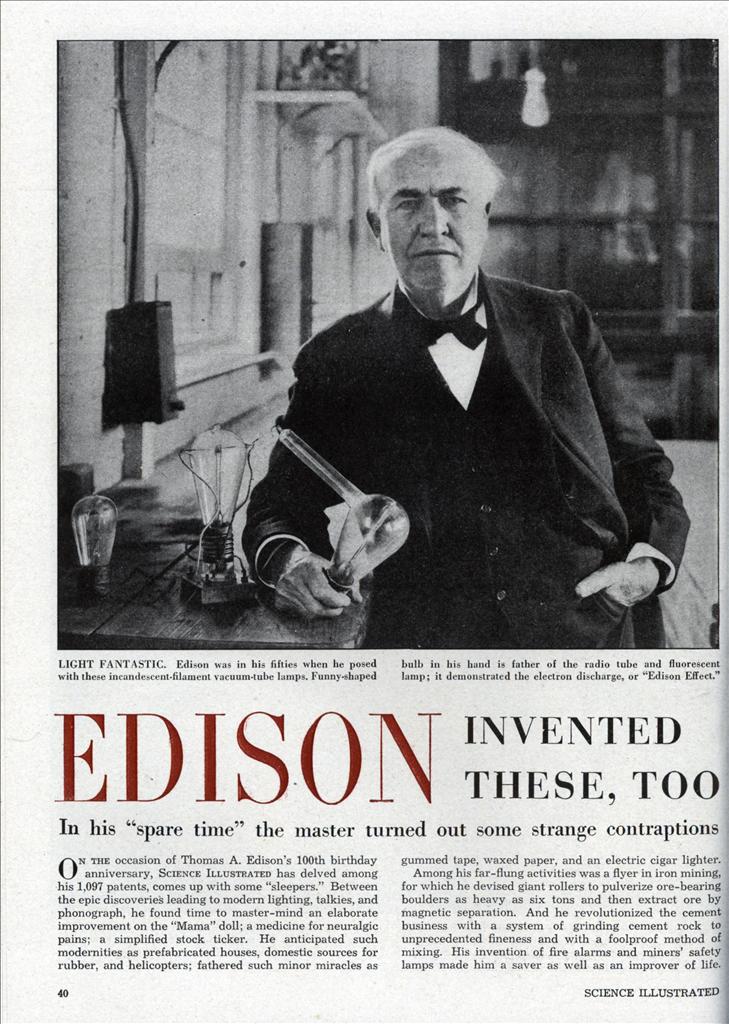 EDISON INVENTED THESE, TOO

In his “spare time” the master turned out some strange contraptions On the occasion of Thomas A. Edison’s 100th birthday anniversary, Science Illustrated has delved among his 1,097 patents, comes up with some “sleepers.” .Between the epic discoveries leading to modern lighting, talkies, and phonograph, he found time to master-mind an elaborate improvement on the “Mama” doll; a medicine for neuralgic pains; a simplified stock ticker. He anticipated such modernities as prefabricated houses, domestic sources for rubber, and helicopters; fathered such minor miracles as gummed tape, waxed paper, and an electric cigar lighter.

Among his far-flung activities was a flyer in iron mining, for which he devised giant rollers to pulverize ore-bearing boulders as heavy as six tons and then extract ore by magnetic separation. And he revolutionized the cement business with a system of grinding cement rock to unprecedented fineness and with a foolproof method of mixing. His invention of fire alarms and miners’ safety lamps made him a saver as well as an improver of life.