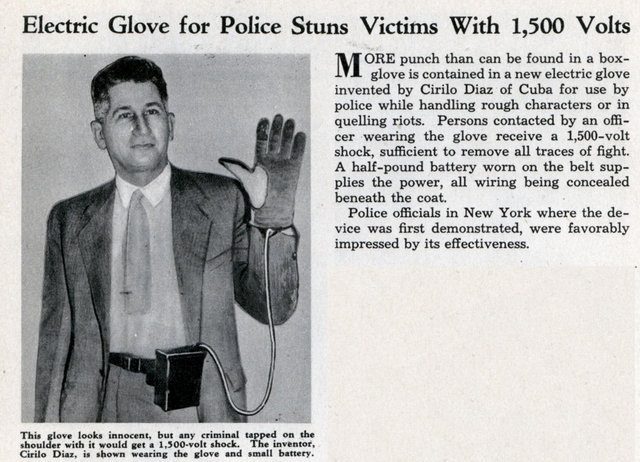 MORE punch than can be found in a box-glove is contained in a new electric glove invented by Cirilo Diaz of Cuba for use by police while handling rough characters or in quelling riots. Persons contacted by an officer wearing the glove receive a 1,500-volt shock, sufficient to remove all traces of fight. A half-pound battery worn on the belt supplies the power, all wiring being concealed beneath the coat.

Police officials in New York where the device was first demonstrated, were favorably impressed by its effectiveness.