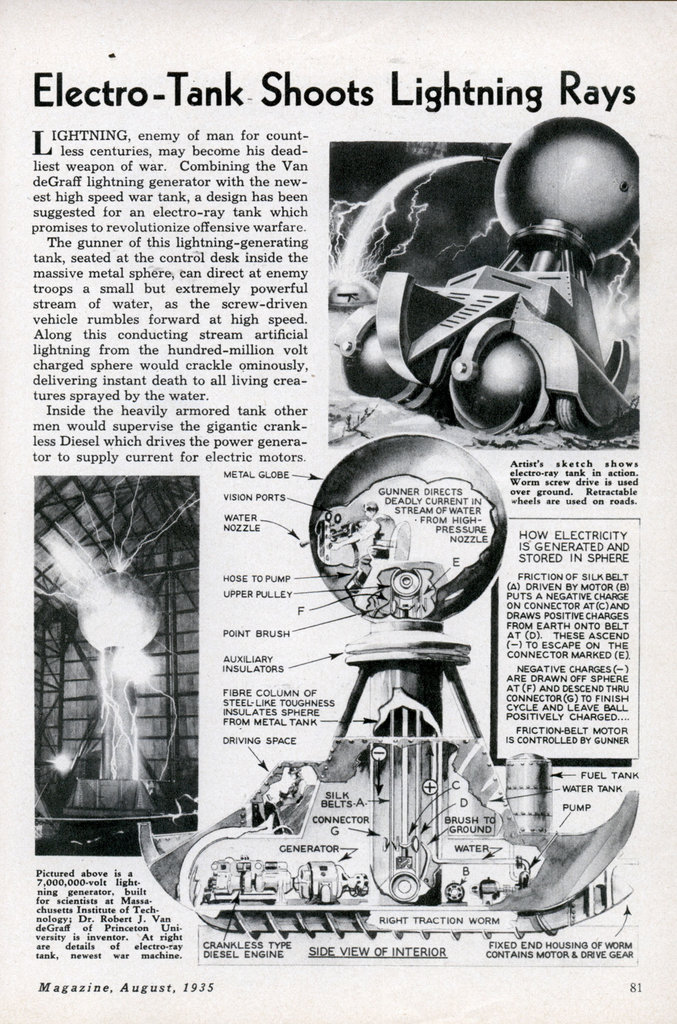 Electro-Tank Shoots Lightning Rays
LIGHTNING, enemy of man for countless centuries, may become his deadliest weapon of war. Combining the Van deGraff lightning generator with the newest high speed war tank, a design has been suggested for an electro-ray tank which promises to revolutionize offensive warfare.

The gunner of this lightning-generating tank, seated at the control desk inside the massive metal sphere, can direct at enemy troops a small but extremely powerful stream of water, as the screw-driven vehicle rumbles forward at high speed. Along this conducting stream artificial lightning from the hundred-million volt charged sphere would crackle ominously, delivering instant death to all living creatures sprayed by the water.

Inside the heavily armored tank other men would supervise the gigantic crank-less Diesel which drives the power generator to supply current for electric motors.