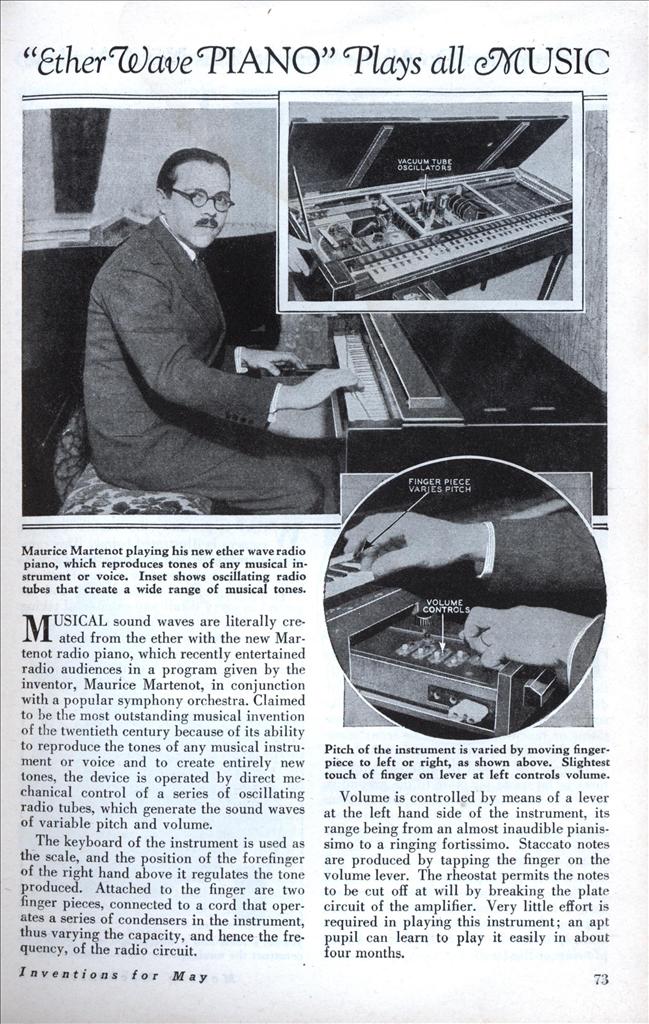 MUSICAL sound waves are literally created from the ether with the new Martenot radio piano, which recently entertained radio audiences in a program given by the inventor, Maurice Martenot, in conjunction with a popular symphony orchestra. Claimed to be the most outstanding musical invention of the twentieth century because of its ability to reproduce the tones of any musical instrument or voice and to create entirely new tones, the device is operated by direct mechanical control of a series of oscillating radio tubes, which generate the sound waves of variable pitch and volume.

The keyboard of the instrument is used as the scale, and the position of the forefinger of the right hand above it regulates the tone produced. Attached to the finger are two finger pieces, connected to a cord that operates a series of condensers in the instrument, thus varying the capacity, and hence the frequency, of the radio circuit.

Volume is controlled by means of a lever at the left hand side of the instrument, its range being from an almost inaudible pianissimo to a ringing fortissimo. Staccato notes are produced by tapping the finger on the volume lever. The rheostat permits the notes to be cut off at will by breaking the plate circuit of the amplifier. Very little effort is required in playing this instrument; an apt pupil can learn to play it easily in about four months.