Even Necktie Designers Can Use Electrons (Dec, 1947) 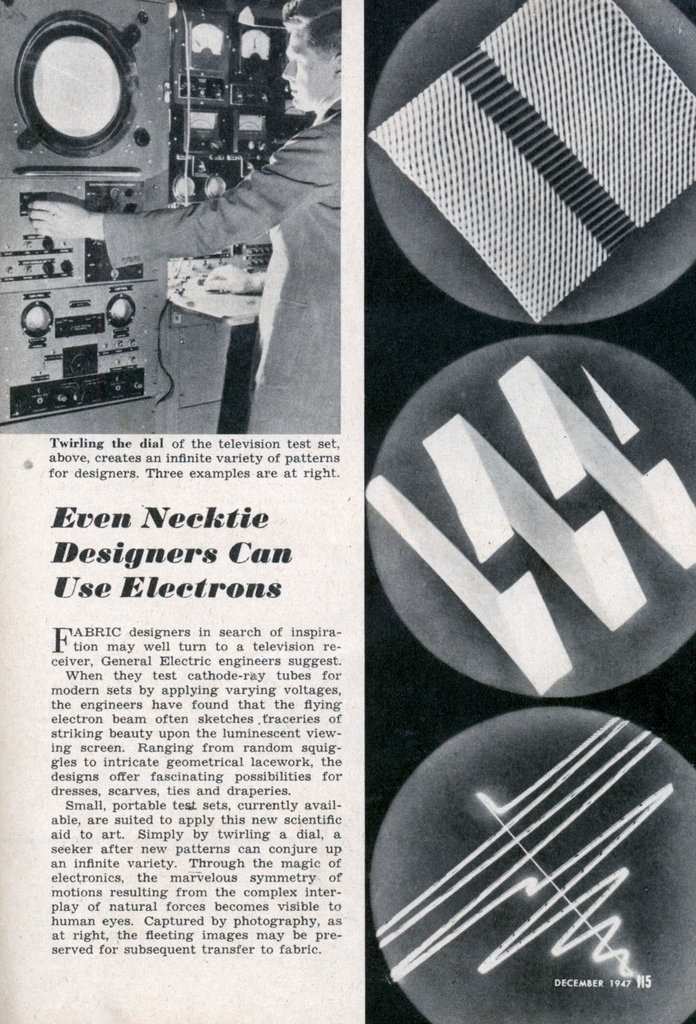 Even Necktie Designers Can Use Electrons

When they test cathode-ray tubes for modern sets by applying varying voltages, the engineers have found that the flying electron beam often sketches traceries of striking beauty upon the luminescent viewing screen. Ranging from random squig-gles to intricate geometrical lacework, the designs offer fascinating possibilities for dresses, scarves, ties and draperies.

Small, portable teat sets, currently available, are suited to apply this new scientific aid to art. Simply by twirling a dial, a seeker after new patterns can conjure up an infinite variety. Through the magic of electronics, the marvelous symmetry of motions resulting from the complex interplay of natural forces becomes visible to human eyes. Captured by photography, as at right, the fleeting images may be preserved for subsequent transfer to fabric.