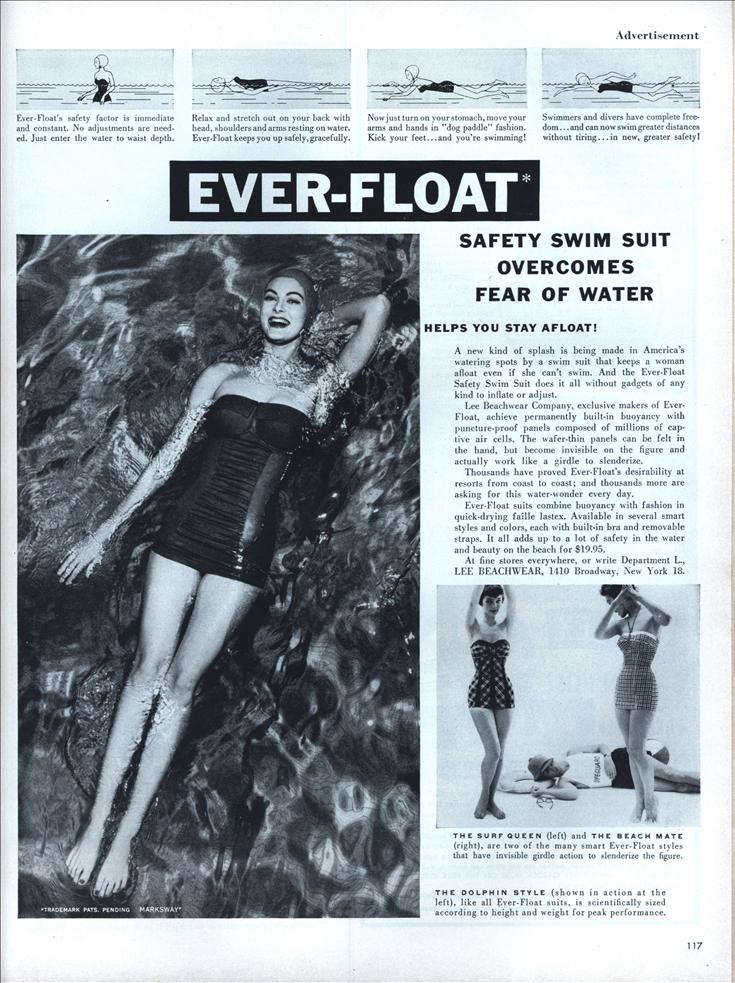 A new kind of splash is being made in America’s watering spots by a swim suit that keeps a woman afloat even if she can’t swim. And the Ever-Float Safety Swim Suit does it all without gadgets of any kind to inflate or adjust.

Lee Beachwear Company, exclusive makers of Ever-Float, achieve permanently built-in buoyancy with puncture-proof panels composed of millions of captive air cells. The wafer-thin panels can be felt in the hand, but become invisible on the figure and actually work like a girdle to slenderize.

Thousands have proved Ever-Float’s desirability at resorts from coast to coast; and thousands more are asking for this water-wonder every day.

Ever-Float suits combine buoyancy with fashion in quick-drying faille lastex. Available in several smart styles and colors, each with built-in bra and removable straps. It all adds up to a lot of safety in the water and beauty on the beach for $19.95.