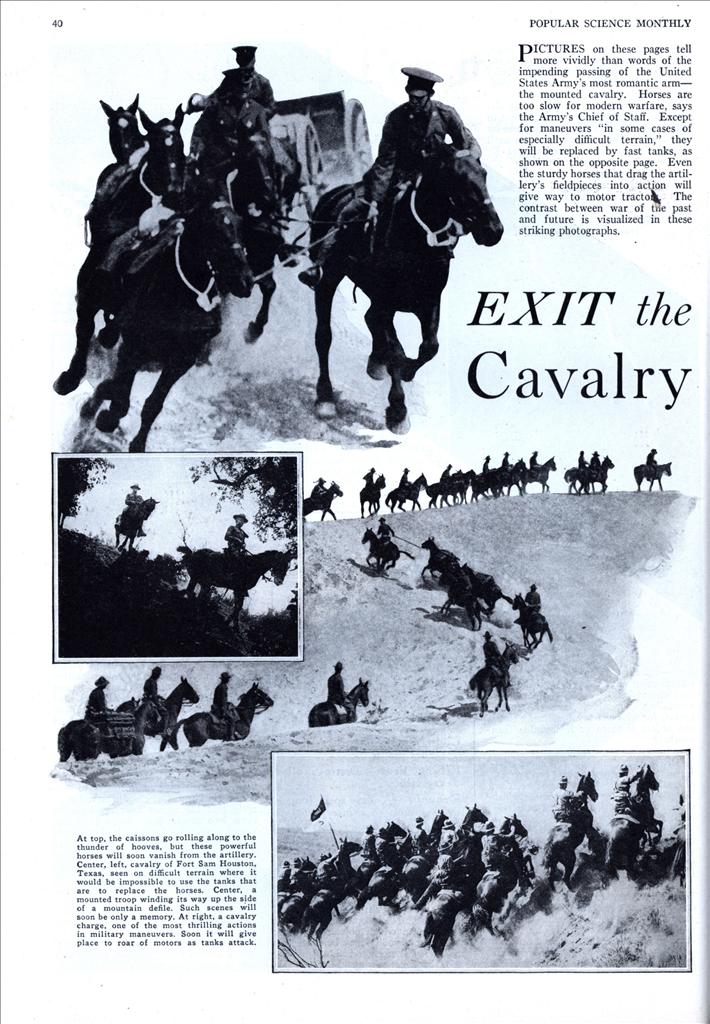 EXIT the Cavalry… ENTER the Tanks

PICTURES on these pages tell more vividly than words of the impending passing of the United States Army’s most romantic armâ€” the mounted cavalry. Horses are too slow for modern warfare, says the Army’s Chief of Staff. Except for maneuvers “in some cases of especially difficult terrain,” they will be replaced by fast tanks, as shown on the opposite page. Even the sturdy horses that drag the artillery’s fieldpieces into action will give way to motor tractor. The contrast between war of the past and future is visualized in these striking photographs.

A PROGRAM through which the United States Army plans to replace as many as practicable of its 8,000 horses with fast tanks has just been announced by General Douglas MacArthur, Army Chief of Staff. One regiment of “mechanized cavalry” is to be organized immediately; others are expected to follow soon. Newly-invented tanks can scoot across country with men and guns at more than a mile a minute. Wherever the country is not too rough cavalrymen of the future will ride these gasoline steeds into battle. Tanks attached to the cavalry will be called “combat cars.”