FARMS ARE WATERED BY WIND HARNESSED TO PUMPS (Apr, 1924) 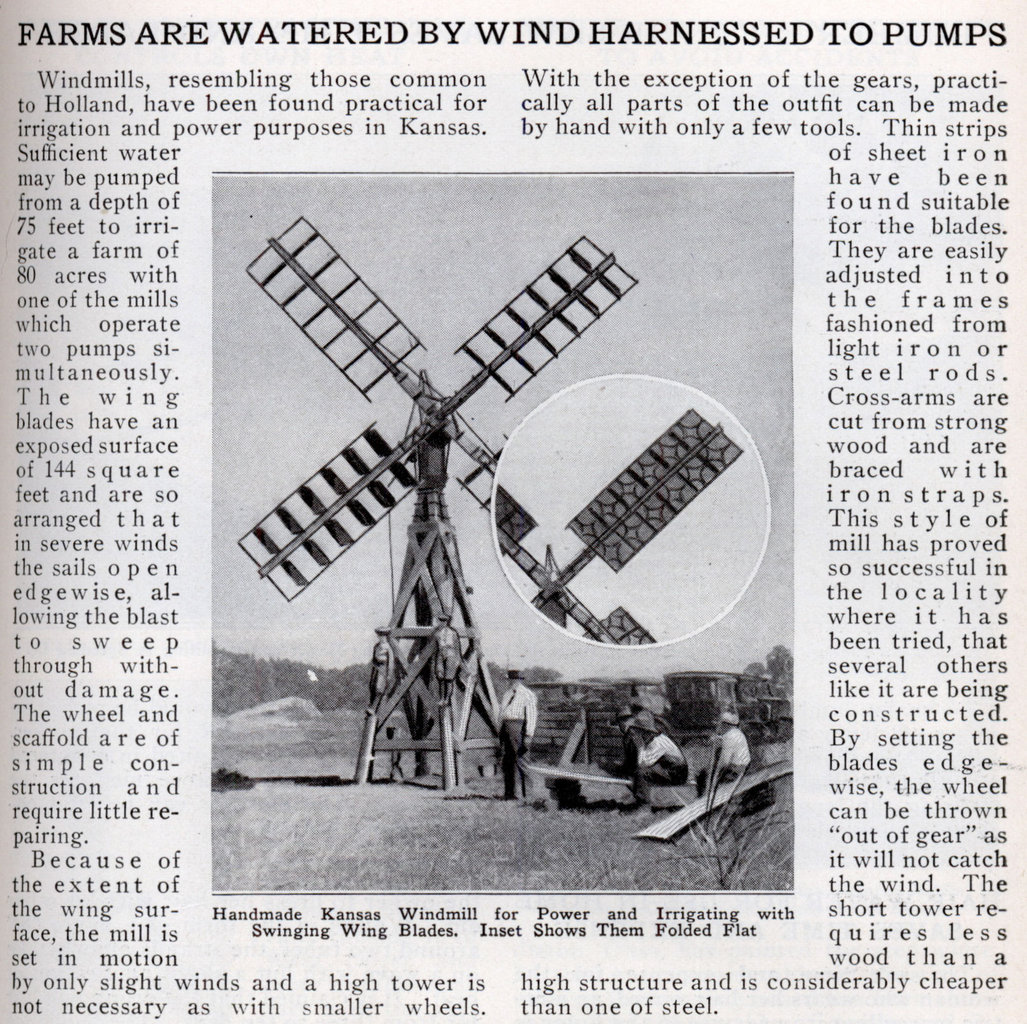 FARMS ARE WATERED BY WIND HARNESSED TO PUMPS

Windmills, resembling those common to Holland, have been found practical for irrigation and power purposes in Kansas. Sufficient water may be pumped from a depth of 75 feet to irrigate a farm of 80 acres with one of the mills which operate two pumps simultaneously. The wing blades have an exposed surface of 144 square feet and are so arranged that in severe winds the sails open edgewise, allowing the blast to sweep through without damage. The wheel and scaffold are of simple construction a n d require little repairing.

Because of the extent of the wing surface, the mill is set in motion by only slight winds and a high tower is not necessary as with smaller wheels.

With the exception of the gears, practically all parts of the outfit can be made by hand with only a few tools. Thin strips of sheet iron have been found suitable for the blades. They are easily adjusted into the frames fashioned from light iron or steel rods. Cross-arms are cut from strong wood and are braced with iron straps. This style of mill has proved so successful in the locality where it has been tried, that several others like it are being constructed. By setting the blades edgewise, the wheel can be thrown “out of gear” as it will not catch the wind. The short tower requires less wood than a high structure and is considerably cheaper than one of steel.