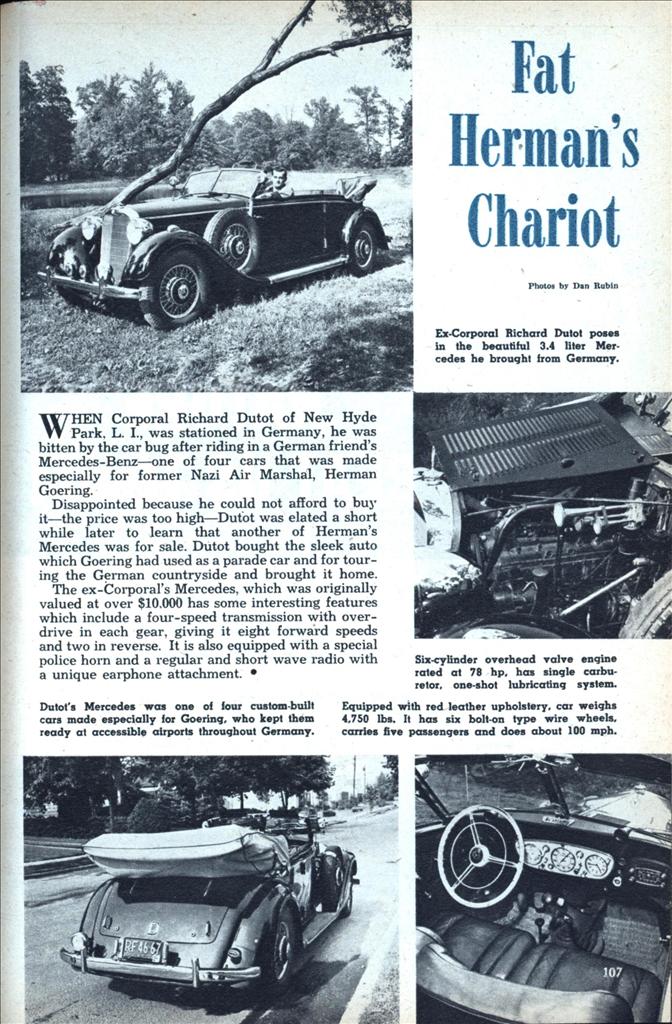 WHEN Corporal Richard Dutot of New Hyde Park. L. I., was stationed in Germany, he was bitten by the car bug after riding in a German friend’s Mercedes-Benz—one of four cars that was made especially for former Nazi Air Marshal, Herman Goering.

Disappointed because he could not afford to buy it—the price was too high—Dutot was elated a short while later to learn that another of Herman’s Mercedes was for sale. Dutot bought the sleek auto which Goering had used as a parade car and for touring the German countryside and brought it home.

The ex-Corporal’s Mercedes, which was originally valued at over $10,000 has some interesting features which include a four-speed transmission with overdrive in each gear, giving it eight forward speeds and two in reverse. It is also equipped with a special police horn and a regular and short wave radio with a unique earphone attachment.