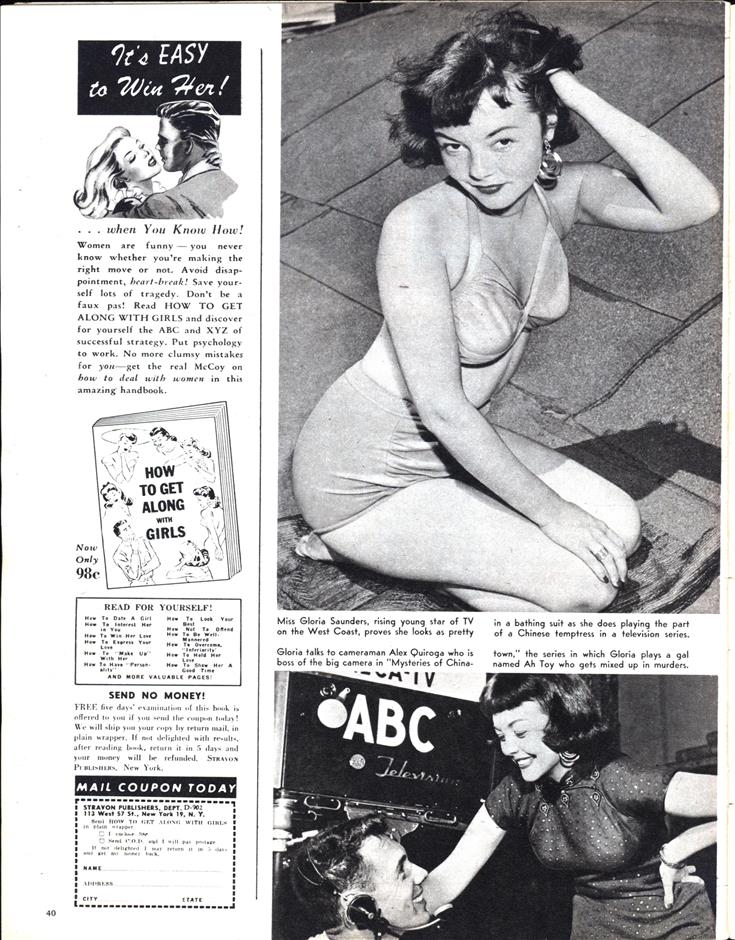 Off the screen, Gloria is a far cry from a Chinese female menace. Twenty-three years old, she hails from Columbia, S. C., and has had a career of parts in plays and movies.

Gloria is five feet 4 inches tall, measures 35-24-34, and enjoys swimming and dancing most. Men? The gal claims she goes for “the Orson Welles type.” Why, Miss Saunders!