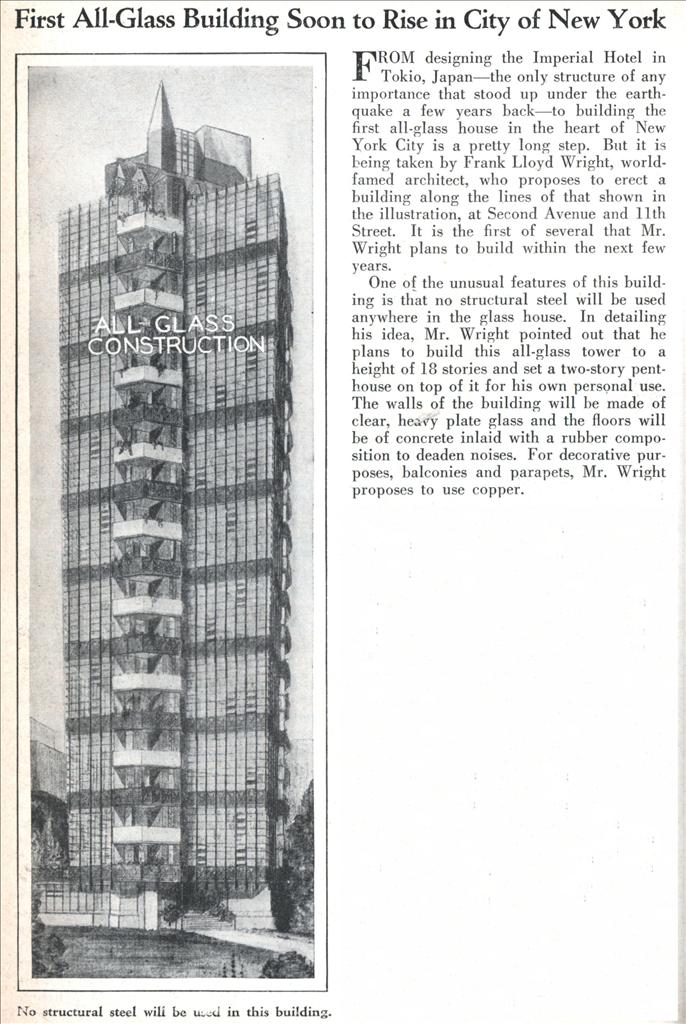 FROM designing the Imperial Hotel in Tokio, Japanâ€”the only structure of any importance that stood up under the earthquake a few years backâ€”to building the first all-glass house in the heart of New York City is a pretty long step. But it is being taken by Frank Lloyd Wright, world-famed architect, who proposes to erect a building along the lines of that shown in the illustration, at Second Avenue and 11th Street. It is the first of several that Mr. Wright plans to build within the next few years.

One of the unusual features of this building is that no structural steel will be used anywhere in the glass house. In detailing his idea, Mr. Wright pointed out that he plans to build this all-glass tower to a height of 18 stories and set a two-story penthouse on top of it for his own personal use. The walls of the building will be made of clear, heavy plate glass and the floors will be of concrete inlaid with a rubber composition to deaden noises. For decorative purposes, balconies and parapets, Mr. Wright proposes to use copper.