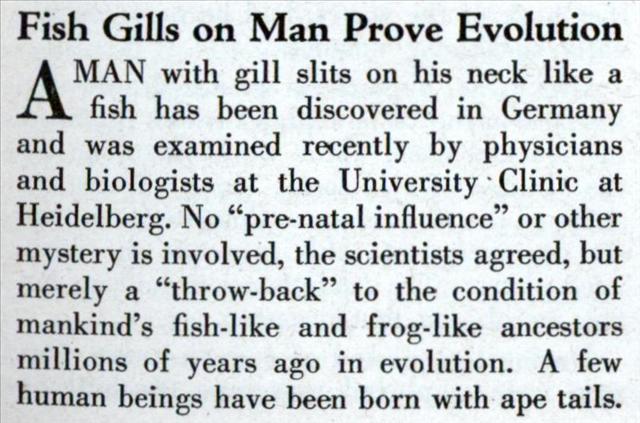 Fish Gills on Man Prove Evolution
A MAN with gill slits on his neck like a fish has been discovered in Germany and was examined recently by physicians and biologists at the University Clinic at Heidelberg. No “pre-natal influence” or other mystery is involved, the scientists agreed, but merely a “throw-back” to the condition of mankind’s fish-like and frog-like ancestors millions of years ago in evolution. A few human beings have been born with ape tails.